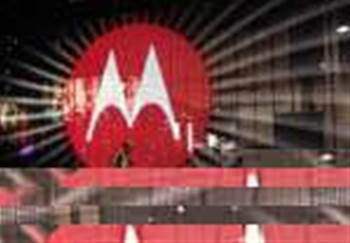 Will the deal alienate other handset makers?

Google has made a $US12.5 billion move to buy phone maker Motorola Mobility, its biggest-ever deal, as protection against legal challenges from Apple and other mobile rivals.

The Internet search leader is building up its patent portfolio - seen as one of the weakest in the industry - after it lost out to Apple, Microsoft and others in a recent auction of bankrupt Nortel's assets.

But in buying Motorola, the Android developer risks alienating the 38 other phone makers that depend on the operating system to run their smartphones, according to analysts.

Google CEO Larry Page sought on Monday to reassure investors this would not happen.

Phone makers including Samsung Electronics officially said they welcomed the deal as it will also help their legal battles.

"Motorola has a strong patent portfolio which will help protect Android from anti-competitive threats from Microsoft, Apple and other companies," Page told analysts on a conference call.

Page also explained that Motorola Mobility would be run as a separate company, licensing Android software in the same way as its rivals, which also include HTC and LG Electronics.

Analysts see the deal primarily as a way for Google to protect and build out its mobile business and questioned if it would continue manufacturing handsets in the long term.

"We don't think they necessarily want to be in the business. They want those patents first and foremost," said Brian Pitz, an analyst at UBS. "This is really a game of protection."

Some analysts said the deal would hurt Android's popularity as software platform for Motorola's rivals.

"Motorola is the weaker player. This could actually collapse the entire community."

While Apple's iPhone is one the most talked about phones in history, Android has managed to surpass it as the market leader.

Android dominated the smartphone market with a 43.4 percent share at the end of the second quarter, ahead of Nokia's 22 percent, according to Gartner data. Apple ranked third with 18 percent, the data showed.

The deal values Motorola Mobility at $US40 a share in cash, a 63 percent premium to its Friday closing price.

The terms of the deal also feature an unusually rich reverse breakup fee of $US2.5 billion, according to a source close to the situation.

"It's a deal that will take time to pay off, but they have a lot of cash and they want to chase after profit," BGC Partners analyst Colin Gillis said, referring to the fact that Android has not been profitable thus far.

The deal delivers a windfall for investors including activist shareholder Carl Icahn, Motorola's largest shareholder with a stake of just over 11 percent.

Icahn had been urging Motorola to look into splitting off its patent business -- one of the biggest in the industry -- from its handset business which recently ranked eighth in the world by research firm Gartner in terms of unit sales.

In a statement, Icahn said the deal is "a great outcome for all shareholders of Motorola Mobility."

Shares of Motorola Mobility jumped 59 percent, while Nokia's stock gained more than 10 percent on speculation the Finnish company is now an acquisition target.

The deal -- which took Wall Street by surprise -- appears to mark a shift in strategy for a company that had focused on shoring up its Internet search and advertising empire with forays into video and social networking.

As part of the deal, Google also gets Motorola's set-top box businesses, giving its nascent TV operation a much-needed boost by providing it with a more direct route into the home.

Google said it expects the deal to close by the end of 2011 or early in 2012, and that it was confident it would gain the regulatory approvals required in the United States and Europe and the blessing of Motorola Mobility's shareholders.