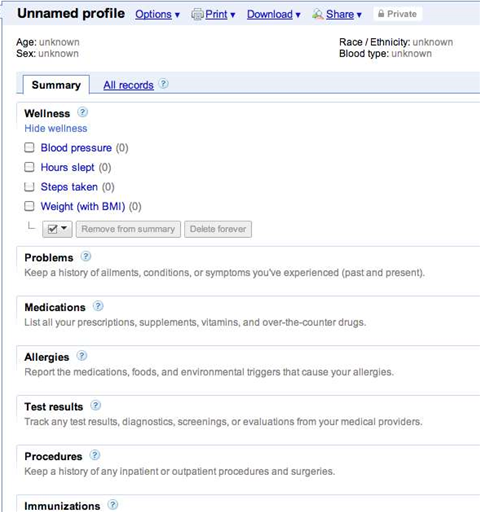 Google has confirmed it will kill off its rival to Microsoft’s HealthVault health records platform, Google Health, because the system “didn’t catch on”.

Google Health was an opt-in service under which users could volunteer their own medical information, such as medications and allergies, to a web-based system for reference by medical professionals.

Google has advised subscribers to the service to retrieve the data out of its system and move it to competing services before January 1, 2013.

“Any data that remains in Google Health after that point will be permanently deleted,” Google officials said in a blog post on Friday.

The service itself will be deactivated on January 1, 2012. It was launched in 2008, a year ahead of Microsoft's HealthVault.

Google said it was retiring the service because it only managed to attract tech-savvy patients, and more recently, fitness and wellness enthusiasts. But it failed to find "a way to translate that limited usage into widespread adoption in the daily health routines of millions of people.”

Users can download their data into various formats for transfer, including PDF, a Continuity of Care Record XML to import into Microsoft's HealthVault, CSV files, HTML and XML versions of data notices sent by providers, or ZIP archive.

The death of Google Health will have no impact in Australia, as the service was only ever designed to comply with US health information legislation.

Microsoft has continued to invest in cloud-based electronic medical records, according to US ZDNet blogger Mary-Jo Foley.

Microsoft's chief research and strategy officer, Craig Mundie, showed off some of its developments at a health conference in Seattle, Washington, last week, pointing to opportunities that will come with the emergence of data-capture technologies in the home, such as bathroom scales, according to a Computerworld US report.

Highlighting a new era of big data management, his researchers found that the largest hospital in the US, over a period of 27 years, collected only as much data as is currently uploaded to YouTube every five hours.

"While yes, medical data is big and complicated, by today's standard it's actually not very big," Mundie said, according to the report.

The executive responsible for Google Health, Adam Bosworth told TechCrunch the service failed  because it was just a data repository, which people didn't want.

“Yes, they want to be healthy, but they want more than that. They want the encouragement and even the pressure of friends.”﻿﻿ In other words, consumers wanted it to be more social.

But, according to David Chase, chief of health tech company Avocado.com, which may receive some of Google's data, Google Health failed because America's reimbursement scheme only pays medical practitioners for face-to-face appointments, and not for medical advice delivered in electronic format.