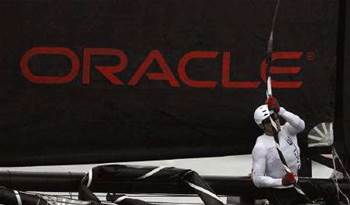 Google urged a US judge to reject an Oracle expert's recommendation that the search giant pay more than $US2.2 billion for infringing patents for Java technology used in the Android operating system.

US District Judge William Alsup in San Francisco had on July 22 rejected Oracle's request for as much as $US6.1 billion of damages, but gave the company a chance to revise its claim.

A trial is scheduled to begin next month.

The lawsuit is one of several among phone and software companies seeking a greater share of profits in the growing market for smartphones and tablets.

In a Tuesday letter to the judge, Google lawyer Robert Van Nest said a new report by Oracle damages expert Iain Cockburn recommended damages of more than $US2 billion for copyright infringement, including $US1.2 billion for unjust enrichment in 2012 alone, and $US201.8 million for patent infringement.

Van Nest said the Sept. 12 report is deficient because Cockburn either speculated about or did not explain how he calculated damages, and failed to show how much revenue Sun or Oracle might have earned by partnering with Google on Android.

The report "ignores governing law and the guidelines in this court's July 22, 2011 order," Van Nest concluded.

Google plans to ask Alsup to exclude portions of Cockburn's findings from the case. A Google spokesman called the revised damages estimate "flawed."

Oracle spokeswoman Deborah Hellinger declined to comment. Cockburn, a Boston University management professor, did not respond to requests for comment.

In the July 22 order, Alsup faulted Google for trying to downplay the value of Android, and use its 2006 talks with Sun regarding a lower-cost Java license as a basis to limit Oracle's damages to a fraction of what it seeks.

But he scolded Cockburn for having "overreached" in an earlier report by assuming the entire value of Android was tied to Oracle's patents, rather than only parts alleged to infringe those patents.

He urged that any revised report be more specific, and threatened to exclude it altogether if it "fails to measure up in any substantial and unseverable way."

Alsup suggested that $US100 million should be a "starting point" to help determine damages, before adjusting for several changes in the marketplace since the Sun license talks.