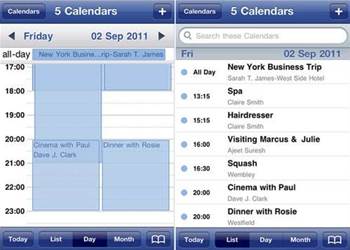 Developer furore appears to have prompted a volte-face by Google on the decision to withdraw public acceess to the application programming interface (API) for its web calendaring data, or CalDAV.

In March this year, Google said it would make access to the CalDAV API partner-only as the company thought only a few large developers made use of it.

However, Google tech lead for the Calendar APIs Group, Piotr Stanczyk, today said: "We received many requests for access to CalDAV, giving us a better understanding of developers’ use cases and causing us to revisit that decision."

CalDAV will now remain open to everyone, but Google is also making its CardDAV API open to the public.

CardDAV is an open standard for accessing contact information over the web; both CalDAV and CardDAV are extensions to the Web Distributed Authoring and Versioning (WebDAV) protocol that make the hypertext web readable and writeable.

The two APIs are getting updates too. Both are now integrated with Google's API console, Stanczyk said and will support OAuth 2.0 authentication.