Google Research Australia to be set up 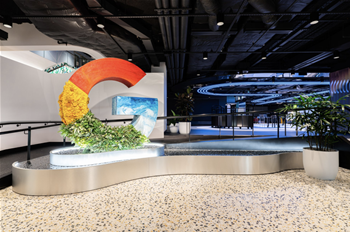 As part of a five-year, $1bn investment agreement.

Google is set to open a research hub in Australia as part of a five-year, $1 billion investment aimed at shoring up the country’s “digital future”.

The money will be split between investments into “Australian infrastructure, research and partnerships.”

Research appears to be the flagship, spanning three direct initiatives and the formation of partnerships to pursue others.

“Partnering with the research community across the country and other Google Research hubs, we’ll build a team of local researchers and engineers to explore ways AI and machine learning can help tackle issues that are important in Australia – and around the world.”

She also said that Google would deepen its “investment in quantum computing research with Macquarie University.”

“This research has a range of future applications such as designing more efficient batteries, and will allow us to explore scientific discoveries that were previously out of reach,” she said.

The investments around infrastructure were more vague, with Silva saying Google will “continue to invest in the infrastructure needed to help Australians make the most of technology."

“This investment will provide Australian businesses with a secure and robust platform for business transformation,” she said.

“It’ll enable them to become more productive and quickly respond to ever-changing customer needs, as they grow their business and the digital economy.”