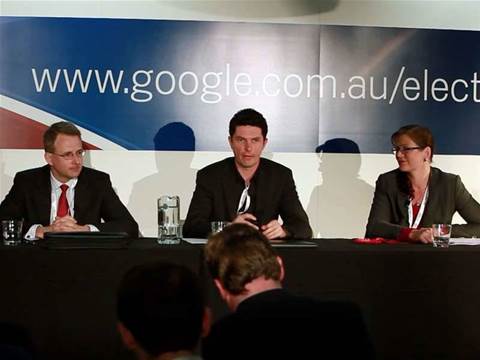 The Tesseract program was developed by HP between 1985 and 1995 and in its final year was in the top three OCR packages in a competition organised by the University of Las Vegas (UNLV) in Nevada.

Google said in a statement that, although some people might wonder why the search giant was interested in OCR technology, it fitted in with the company's plans to make information available online.

"We are all about making information available to users, and when this information is in a paper document, OCR is the process by which we can convert the pages of this document into text that can then be used for indexing," said Eric Case on the official Google Code blog.

HP stopped working on Tesseract in 1995 and released the code to the Information Science Research Institute at UNLV a couple of years ago so that it could be developed for open source.

"UNLV was happy to oblige, but they asked for our help in fixing a few bugs that had crept in since 1995 (ever heard of bit rot?)," wrote Case.

"We tracked down the most obvious ones and decided a couple of months ago that Tesseract OCR was stable enough to be re-released as open source."

Google originally chose to keep the launch low-profile but today's announcement includes an advert for engineers to work on the project.

The software currently supports only English, does not include a page layout analysis module, struggles with greyscale and colour documents, and will not match the accuracy of the best commercial OCR packages currently available.

"Yet, as far as we know, despite its shortcomings, Tesseract is far more accurate than any other open source OCR package out there," wrote Case.

Got a news tip for our journalists? Share it with us anonymously here.
Copyright ©v3.co.uk
Tags:
google ocr open rereleases software source