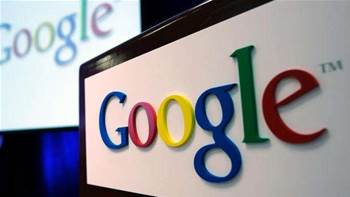 Google has failed with social projects in the past, notably with Buzz, but the company wants another crack at social advertising dollars and has laid out plans for a Facebook rival.

The company claimed Google+ would be more flexible and privacy-focused than Facebook, with several thinly-veiled criticisms of the largest social network.

“Today, the connections between people increasingly happen online,” said Vic Gundotra, senior vice president for engineering. “Yet the subtlety and substance of real-world interactions are lost in the rigidness of our online tools.

“Online sharing is awkward. Even broken. And we aim to fix it,” he said.

Even with privacy enhancements, Google will find it difficult to drag customers away from Facebook, according to analysts.

“Enticing consumers to join another social networking service will not be easy," said Rory Maher, an analyst with Hudson Square Research, told the Reuters news agency.

"It's going to have an uphill battle due to Facebook's network effects," said Maher. "The more users Facebook gets, the harder it gets for Google to steal those." But he added that Google's popularity in search and email could help it gain a following.

Google+ will be available on Android Market and the mobile web from today - although only those with an invite will be able to login.

The service will be rolled out to desktop users in the coming days and weeks.

In the meantime, here's a rundown of the key features:

A tool for dividing friends into groups to make it clear who gets to see what. Like Facebook's Groups option, +Circles means users can differentiate their online profile between different contacts – such as family, college friends and work colleagues.

A feed. The company says “Sparks delivers a feed of highly contagious content”. The system enables users to enter their interests and then receive feeds for sharing and commenting on stories and content related to those subjects.

Described by Google as a combination of casual meetings with live multi-person video, +Hangouts is designed to mirror social experiences such as the pub, where groups of people can drop in and chat in a semi-private forum.

Includes location services for pinpointing where people are, and an automatic picture upload service to the cloud.

A more instant approach for staying in touch, Google describes Huddle as a “messaging experience that lets everyone inside the circle know what's going on, right this second”. The company say this should make it easier to organise meetings and make plans without access to everyone's diaries.

Got a news tip for our journalists? Share it with us anonymously here.
Copyright © Alphr, Dennis Publishing
Tags:
facebookgooglesoftware