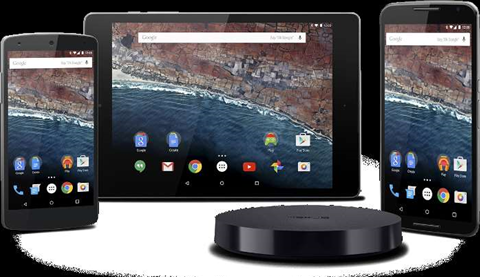 With Brillo, Google has taken its existing Android mobile operating system and scoured it for bloated code.

Technical details for Brillo are thin on the ground but it should provide an OS kernel, hardware abstraction layer and security infrastructure that supports a wide range of low-power internet of things devices and sensors.

Connectivity in Brillo will be provided through a new protocol Google calls Weave, which offers several features including device discovery and configuration, similar to Apple's HomeKit.

Brillo and Weave are expected to be available in the third quarter of this year and first quarter of 2016 respectively, Google said.

The company also announced the next version of Google's full-blown Android OS will be called M. The search giant promises performance boosts and a better user experience, along with longer battery life, with the new OS.

It is seeking to address criticism for slack security on Android with more fine-grained and simplified permissions management in Android M, to give users better control over what apps can do and what data on devices they have access to. 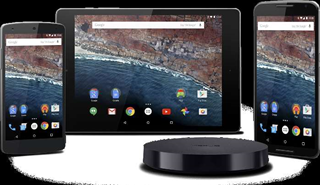 Separately, a context-sensitive long press on the home button - Google Now on Tap - will provide location and other relevant information on Android M, Google said.

App data can be automatically backed up to the Google Drive cloud storage service in Android M when devices are idle, charging and connected to wi-fi.

Currently in developer preview form, Android M is expected to be released before the end of 2015.

Despite not gaining much traction for its Wallet service, Google isn't giving up on mobile payments.

It is placing its hopes on a revamped payments offering, now called Android Pay, as a competitor to Apple Pay, and has signed up a number of retailers in the United States along with card providers American Express, Discover, MasterCard and Visa.

Android Pay can be used in physical stores through the wireless near-field communications (NFC) protocol for tap-and-go payments, as well as in apps. It will be able to take advantage of the fingerprint authentication feature in Android M.

The company also took the wraps off its free standalone image and video storage service, Google Photos, with unlimited storage.

Google Photos is available for Android, iOS and accessible via web browsers and was formerly integrated into the company's moderately popular Google+ social network.

The image storage maintains original resolution for photos up to 16 megapixel, and for videos at up to 1080p high-definition.