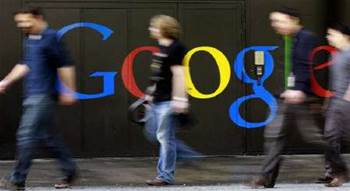 Cut out of settlement.

An Internet privacy group that prodded US regulators to scrutinise Google is miffed about getting cut out of a class action settlement over the search behemoth's Buzz social network.

The Electronic Privacy Information Center objected to the settlement in a court filing this week, claiming Google and others had decided to fund groups already benefiting from the company's largesse.

Google had also agreed last year to resolve a separate class action lawsuit brought by a Gmail user. Part of that deal provided for over US$6 million to go to groups advocating for Internet privacy issues.

EPIC had requested US$1.75 million. And while Google and plaintiff lawyers doled out money to groups like the American Civil Liberties Union, the Electronic Frontier Foundation and the Brookings Institution, EPIC did not get a cent.

EPIC and a handful of other groups objected in a court filing Wednesday, saying the majority of funds would be allocated to groups that "receive support from Google for lobbying, consulting, or similar services."

However, EPIC did not specify which of the groups provided lobbying services. Rotenberg did not respond to questions about the court filing.

A Google representative declined to comment, while plaintiff lawyers could not be reached.

The court should reject a deal "that encourages organizations to stand by quietly while others do the actual work of safeguarding Internet privacy," EPIC said in its filing.

The case in U.S. District Court, Northern District of California is In Re Google Buzz User Privacy Litigation, 10-672.