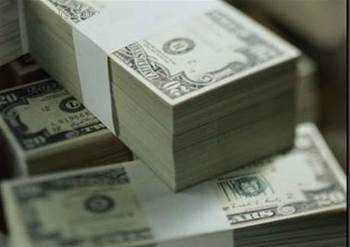 The US Federal Trade Commission might levy its stiffest penalty yet against the search giant after repeated privacy infractions.

Google is close to finalising a settlement with the Federal Trade Commission (FTC) on charges related to bypassing Apple's user privacy settings in Safari.

The web giant is expected to pay a record $US22.5 million ($A22.1 million) as part of the settlement, officials familiar with the terms told the Wall Street Journal for its Tuesday editions.

While the FTC staff and Google have reached a proposed settlement and agreed on the fine, it still needs to be approved by agency commissioners. The terms could still be altered.

If approved, the fine will be the largest penalty every imposed on a single company by the FTC.

It appeared Google used special cookies to trick the browser into continuing to monitor user online activity even after the user had opted out of tracking within the browser.

"The FTC is focused on a 2009 help centre page published more than two years before our consent decree, and a year before Apple changed its cookie-handling policy," Google told the Wall Street Journal.

"We have now changed that page and taken steps to remove the ad cookies, which collected no personal information, from Apple's browsers."

Google further said the tracking was inadvertent and didn't cause any harm.

The FTC investigation focused on whether the company had violated an earlier settlement it signed last October with the agency, in which Google promised to not misrepresent its privacy practices to consumers.

That settlement, which was related to Google's missteps when it launched Buzz, required the company to "obtain express affirmative consent" from users anytime certain types of information were shared. The penalty for violating that decree was $US16,000 per violation per day.

The FTC has recently increased its efforts to protect consumer privacy online and has tussled with Google several times. It took a long look at the privacy policy changes which granted Google explicit rights to "combine personal information" across multiple products and services.

The FTC did not respond to a request for comment from SCMagazine.com.

Meanwhile, Google is also facing regulatory pressure from the European Union, which is also investigating the Safari privacy bypass issue.

Got a news tip for our journalists? Share it with us anonymously here.
Copyright © SC Magazine, US edition
Tags:
applegooglesafarisecurityweb browsers