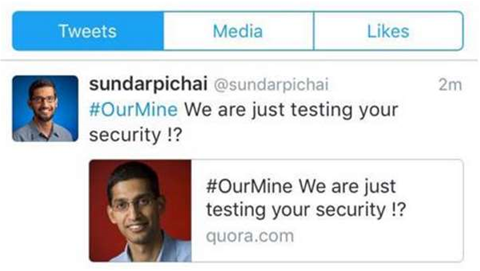 Google chief executive Sundar Pichai's Quora account was compromised today as part of what appears to be a targeted attack by the OurMine hacking group on several high-profile technology executives' social media accounts.

Tweets such as "is it possible to force my android app users of all versions to update the app" went out to Pichai's over half a million followers on Twitter thanks to the account integration. 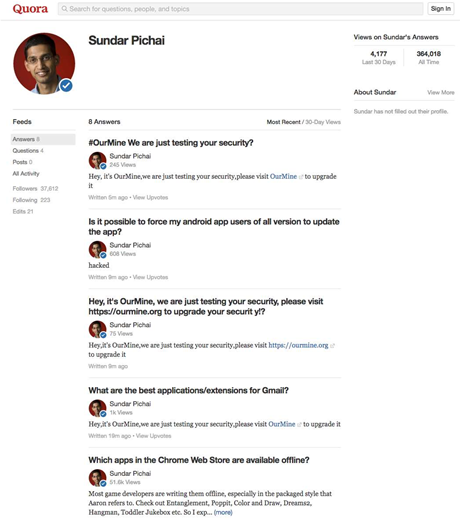 Twitter chief executive Dick Costolo also revealed OurMine also appeared to have compromised another of his accounts on a linked service to cross-post to Twitter just over a week ago.

OurMine has not detailed the reason for the attacks. Its members have not yet been identified.