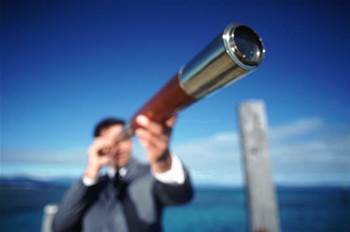 Businesses have been advised to ensure their Google AdWords show close ties to their activities in the wake of a high-profile judgment against Trading Post Australia.

The Trading Post and Google Australia were sued by the Australian Competition and Consumer Commission over online advertising practices.

The Trading Post was found to have engaged in misleading and deceptive conduct when it advertised its business on Google using the keyword of car dealer "Kloster Ford".

Advertisements titled Kloster Ford linked back to tradingpost.com.au. The latter site was found to contain no information related to Kloster Ford.

"It is apparent that implying you have a sponsorship or affiliation that you don't have or otherwise purchasing words that aren't necessarily associated with your business will be misleading and deceptive conduct," Edghill said.

The case found examples where AdWords buyers were found to have legitimate links to the business trademarks they paid to advertise around in Google search results.

For example, a company that maintained electrical products made by Nilsen Australia was allowed to advertise using Nilsen's name, since there was an established link between the two firms.

Edghill said it would still be up to individual businesses to locate potentially misleading uses of their trademarks by AdWords users.

"They may make a complaint to the ACCC or issue a letter of demand or take other action in relation to that company," she said.

The Trading Post judgment added the weight of case law to such demands.

"Previously misleading and deceptive conduct was always something you threw in there because it was a bit of a cover-all and it had never been conclusively determined, but now it has been so it adds some force to their argument," Edghill said.

The ACCC had also attempted to implicate Google Australia in the case; however, this part was dismissed and the ACCC was told to pay the search giant's costs.

The ACCC claimed a partial victory in the case, despite the costs award.

"This case is important in relation to clarifying advertising practices in the internet age," chairman Rod Sims said.