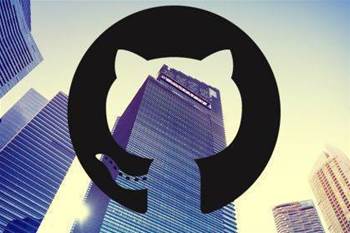 Github engineers are working to repair the data storage system underpinning the code hosting website, which has been presenting users with a “What‽” error for much of the day.

The problems with github.com began just after 10am AEDT and were ongoing through the evening, according to status advisories published by the platform.

“We are continuing to repair a data storage system for github.com. You may see inconsistent results during this process,” the company said.

Developers took to social media reporting being unable to log in or see their commits (revisions) reflected in code stored in repositories.

Github is used by major corporates including Telstra, CBA and IAG Labs. It is in the process of being acquired by Microsoft in a near $10 billion deal.

It said that "multiple services" had been affected "by a network partition and subsequent database failure."

"Out of an abundance of caution we have taken steps to ensure the integrity of data, including pausing webhook events and other internal processing systems," it said.

Github said that information displayed to users would appear to be out of date. It said that no data had been lost as a result of the problems.

"Once service is fully restored, everything should appear as expected," the company said.

"Further, this incident only impacted website metadata stored in our MySQL databases, such as issues and pull requests.

"Git repository data remains unaffected and has been available throughout the incident."

Github was still working on restoration at 10.40pm AEDT.