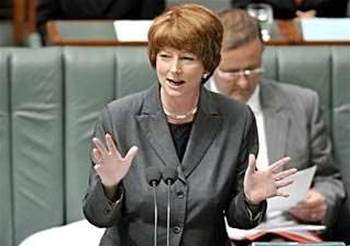 Prime Minister Julia Gillard has argued that the national broadband network should not be cut or savaged "just when it's making a real difference".

In a speech to the National Press Club today, Gillard emphasized the percentage of infrastructure investment a Labor Government had committed to regional areas of Australia.

She said the Australian Labor Party had a "big agenda for the future and much of it is already underway... like the national broadband network."

"This is not a time to be uprooting those outstanding programs and making savage cuts just when they are making a real difference," Gillard said.

"What's needed is continuity, certainty and delivery. I believe that I can provide that continuity, stability and certainty."

She said she was "convinced" an ALP minority government could build on existing programs and "build a new paradigm for regional development".