GHD moves 10k employees onto Microsoft Teams in under a week 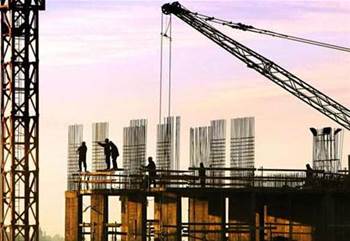 Execs use platform for crisis management.

GHD has moved 10,000 members of its global workforce onto Microsoft Teams in under a week as its offices went from 90 percent capacity to zero amid the coronavirus shutdown.

The Melbourne-headquartered professional services firm was forced to condense its planned schedule from weeks down to months as the global number of infections rose, chief information officer Elizabeth Harper said.

“We had commenced work on this digital transformation and had the Office 365 foundations in place,” Harper said.

“As COVID 19 emerged we initially compressed our deployment plan from a few months to a few weeks, but in those early days of COVID 19, things were rapidly changing.

“Our response to this was to go for it.”

Harper said Teams was effectively deployed overnight so staff could remain safe and well at home while continuing to support clients.

GHD used pre-prepared go-live support materials from Microsoft FastTrack as the basis for its changement management communications, customising as necessary to meet the needs of different teams around the world.

GHD prioritised the roll out of Teams online meetings and audio conferencing to ensure the most essential communication tools were available during the pandemic.

With executives also using the platform for crisis management, the company was able to go from having 90 percent of its workforce in the office in mid-March to working 100 percent from home the next week.

The company has continued to use its SharePoint on premise solution to host information and documents, but in the future plans to create Teams workspaces that ensure all information is available from a secure central location.

“Under normal circumstances we would have deployed Teams much more slowly,” Harper added.

But with Microsoft 365 already forming the basis of GHD’s core productivity environment, the transition was made easier.

It also supported staff starting in new roles or locations during the months of shutdown, as with the appointment of Dr Kerry Neil as the regional general manager of South Australia in April, who had been a principal with the company in Queensland since 2008.

“While I was unable to meet my team in person when I started my new role, Teams provided a great platform through which I was able to reach out and meet the team virtually,” Neil said.

“By setting up Teams meetings and hosting Events I was still able to use those first weeks to let my team know I was there, ready to support and provide leadership.”