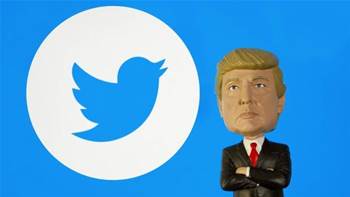 Arming ACMA to crack down on "cancel culture".

Queensland MP George Christensen has introduced a private member’s bill seeking to constrain social media platforms in their ability to moderate content or ban users that breach terms of service.

It’s not the Queensland Nationals MP’s first shot at social media; in January last year, he called on federal communications minister Paul Fletcher to restrict the powers of social media companies, after Facebook, Twitter, and other platforms banned former US President Donald Trump.

With no action from Fletcher, Christensen has decided to create and promote his own legislation.

In his bill, introduced to the House of Representatives, Christensen said he wanted to protect politicians, political candidates, political parties, journalists and news organisations.

The Social Media (Protecting Australians from Censorship) Bill would create “a terminology of protected persons” to cover these “pillars of democracy”.

The bill would also allow the communications minister to declare a service like Facebook to be “a large foreign social media service”.

Should said “large foreign social media service” indulge in “prohibited censorship” against protected persons, they would have a cause to complain to the Australian Communications and Media Authority (ACMA).

Prohibited censorship includes de-platforming (removing the user’s account), and a wide variety of ways in which Christensen believes platforms censor content, including removing posts, re-prioritising posts, shadow-banning posts, restricting posts from being reposted, editing posts, or fact-checking (“posting an addendum to the post”).

The proposed bill also states that a large foreign social media service must not “censor philosophical discourse” on its site.

The bill states that it does not, however, protect illegal or defamatory content.

The ACMA would be able to punish breaches of the law with million-dollar fines, Christensen told parliament.

Debate on the bill was adjourned to a later date.