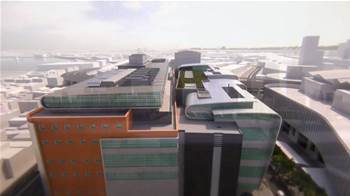 But labour costs could dent government.

Spending on information technology in Australia is predicted to remain well ahead of inflation, with analyst firm Gartner estimating growth of around 3 percent for the 2019 calendar year to come in at around $93.7 billion.

While consumer sentiment remains stubbornly subdued on the back of an enduring drought and sluggish retail and automotive sales, the corporate and government sectors are sinking more cash than ever into technology operations and delivery to cut costs and increase efficiency.

While the lift in technology spend may auger well for salaries and profit margins across the IT industry, the accelerating sectoral rate of growth is unlikely to translate to a broader lift, with many agencies increasing tech spend to offset labour costs through automation.

In sharp contrast to fears of a recession triggered by trade friction between the US and China, (which would hammer Australian growth), Gartner estimates that Australian tech spending growth will shoot to 4.6 percent in 2021 and eclipse the $100 billion mark at $102 billion.

In terms of verticals, software and services – which are becoming increasingly blended at a delivery level – are the two standouts.

Cutting the numbers on IT services, Gartner estimates Australian growth to come in at $34.37 billion for 2019, roaring to $36 billion next year and $37.63 billion in 2021. That equates a lift of $2.9 billion, or around a billion a year added to the IT services sector.

At a jobs level, assuming a salary of $120,000 per annum and margin of 20 percent on labour (roughly the clip recruiters charge) this would extrapolate out to around 200,000 positions in Australia.

While this is broadly a net positive for the local tech sector because it will maintain upward pressure on wages against a backdrop of low interest and modest spending, a key question is whether domestic labour supply and temporary immigration can meet this level of demand.

A serious structural risk now emerging from digital transformation is that sectors inhibited by artificial wage and labour constraints – especially government where there are strict headcount and salary caps – will struggle to execute on major projects because they cannot compete for labour.

The effect, as the Reserve Bank of Australia has previously cautioned, is a polarising bifurcation that leads to digital leaders and laggards.

In blunt terms, this means that unless government agencies are prepared to meet the market on labour costs – either through contractors or relaxing salary caps – major reform projects in key agencies like Services Australia, Defence and Tax could start to seriously struggle.

Software not so hard up

Gartner’s latest figures also provide a window as to why the likes of Salesforce and Atlassian are seeking to hang their shingles on the best corporate real estate in town (well in Sydney anyway).

Those figures, of course, have a symbiotic relationship with IT services given the degree of value adding and integration required for rollouts and upgrades, especially as cloud investments mature or roll over.

Hardware to hold its own

Disties and resellers will take a degree of comfort away from Gartner’s Australian device spending forecasts, with this year to come in at $12.6 billion.

In terms of the spending mix, this tells us that the ration of kit to services is sitting around one third, not entirely surprising given mobile device and laptops haven’t exactly been plummeting as people continue to want branded bling.

Perhaps what it really tells us is that there is a premium in user satisfaction, design and performance that isn’t worth trading away for marginal savings or lower specs.

With 5G providers still squabbling with councils over where a gazillion new small cells will be dumped, nailed and strung, the run-up to the internet of everything is looking more like a steady stroll rather than a sprint.

What we can’t tell yet is whether grumpy NBN consumers will migrate to mobile services as 5G rolls out, especially if there is an account consolidation lure that could reach into multi-user mobile plans.

What we can tell is that the days of anorexic ARPU to win market share are over and will stay over.

With Australia’s energy policy off with the pixies at the moment, especially on the renewables, co-gen and tri-gen fronts, it’s probably not surprising forecasts for data centre systems have gone from a boil to a simmer, especially given Australia’s relatively small population.

This tells us there’s no under supply of capacity, the real question is whether energy costs can come down as a result of policy and distribution politics and whether DCs close to CBDs will be allowed to profitably feed into grids as the politically correct current du jour ‘despatchable’ power.

One thing we do know is that Australian data centres still aren’t using lithium as stand-by or failover power because of high from cars and bikes keeping demand and prices high.

With gas and diesel still the kings of back-up, don’t expect an offer of cheaper power from your local cloud shed anytime soon.