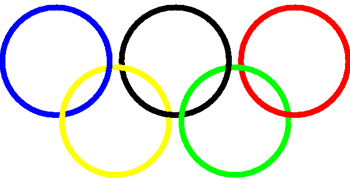 With the opening ceremony only four days away, online fraudsters are using the hype of the Beijing Olympics to trick consumers out of thousands of dollars.

Today, Australian consumers reported being swindled out of more than $40,000 through a fake online Olympic ticketing scam.

The New South Wales Trading Office opened an infoline this morning for victims of these scams, and received more than 30 calls in just a few hours.

Most callers said they were tricked by the US-based site beijingticketing.com, which is said to have popped up on a Google search even higher than the official Chinese site.

At a press conference this morning, NSW Fair Trading Minister Linda Burney placed much of the blame in the hands of Chinese authorities.

"It's the host country that has primary responsibility for monitoring and keeping an eye on whether there are, in particular, ticket scams," Burney told reporters.

"That's why, when the Sydney Olympics were on, we didn't have this problem and I guess it's ironic there's been so much said about internet access in terms of the Beijing Olympics and we still have this major international scam."

Security software vendor Symantec is also warning consumers to keep their guard up when dealing with any Olympic-themed websites or emails.

Symantec detected a huge increase in Olympic-related spam attacks, where a victim would receive an email declaring him or her an Olympic lottery winner, and requesting the recipient reply to claim the prize.

“At key global sporting and social events we often see a big rise in Internet security attacks, which ranges from simple spam attacks to websites relating to those events being compromised,” he said.

“To stay safe online, Internet users should remember to not open emails or click on links from unknown sources, no matter how many gold medals they are offering.”

Symantec is also warning sports fans who are travelling to Beijing to watch the Olympics.

They advise travellers to keep close watch on laptops, encrypt important data, keep security software up to date, and stay wary of internet cafes and kiosks when typing in any vulnerable information.
Got a news tip for our journalists? Share it with us anonymously here.