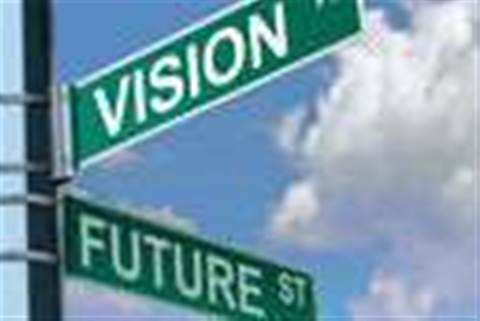 Speculation is growing that Briton David Goulden could be the next chief executive of enterprise storage company EMC.

Goulden, currently EMC's chief financial officer, and Pat Gelsinger, a president at the company, are said to be the frontrunners to take over from industry veteran Joe Tucci.

Tucci, who is currently president, CEO and chairman of EMC, is 63 and widely expected to step down from the CEO role when he reaches 65.

Paul Maritz, CEO of VMware, is believed to have ruled himself out of the running.

Industry observers and analysts have been questioning the succession plans at EMC for several years, noting the lack of a clear candidate to take over from Tucci as CEO.

The situation has been contrasted with that at other large technology vendors, where the CEO candidate is named some way in advance, and given the chance to ease into the role.

Perhaps the best-known example of an unhurried handover was at Microsoft, where Steve Ballmer became CEO in 2000, eight years before founder and chairman Bill Gates formally left his full-time role at the business.

"There has been long-time speculation that Tucci will retire at 63," said Josh Krischer, an industry analyst specialising in storage.

He suggested that Goulden and Gelsinger were now the most likely candidates, with Gelsinger as the frontrunner, and described Maritz as an EMC "outsider".

Dennis Hoffman, head of service providers for EMC, said he knew little about speculation regarding Tucci’s eventual replacement, other than what had been reported in the media.

"There's been talk of Joe leaving before and he didn't go," Hoffman told IT Pro. "He’s only the third CEO the company has ever had."

But succession may not be the only issue facing EMC. Technologies such as Invista, a storage virtualisation technology, failed to impress the marketplace, and EMC is struggling to keep up with industry rivals including IBM and Hitachi Data Systems.

"The core company is lagging in development," said Krischer, pointing out that EMC is now acquiring businesses to fill a "gap in innovation."

Speculation also continues that EMC might be bought out, although the companies with the scale and resources to do so, including IBM, HP, Oracle and Dell, have already made significant storage acquisitions.

Cisco, Krischer suggests, is not currently a likely candidate, due to its own internal restructuring.

Got a news tip for our journalists? Share it with us anonymously here.
Copyright © ITPro, Dennis Publishing
Tags:
briton emc in lead running storage to