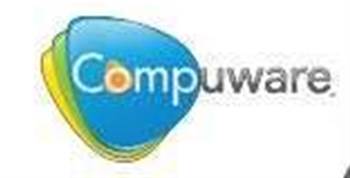 A New York hedge fund has put in an offer to buy infrastructure software company Compuware for US$2.3 billion (A$2.18 billion) saying it is confident it can finance the deal.

Bloomberg reports that Elliot Management Corp, founded by billionaire Paul Singer, has put in an offer of US$11 a share.

The fund wrote to Compuware today, saying its "execution, profitability and growth have meaningfully underperformed" and said it is prepared to meet the company immediately to discuss the transaction.

Elliott already has a 5.7 per cent stake in Compuware.

Compuware sales are projected to fall 2.7 per cent to US$982.1 million next year, according to Bloomberg data.

The company was founded in 1973 and harks back to the mainframe era, but has lately branched out into cloud computing.

With around 4,500 employees and officers around the world, Compuware counts Fortune 500 companies and major corporations such as Facebook, Yahoo!, Zappos, BBC, Taleo, Subaru, Adobe, Google and LG as customers.