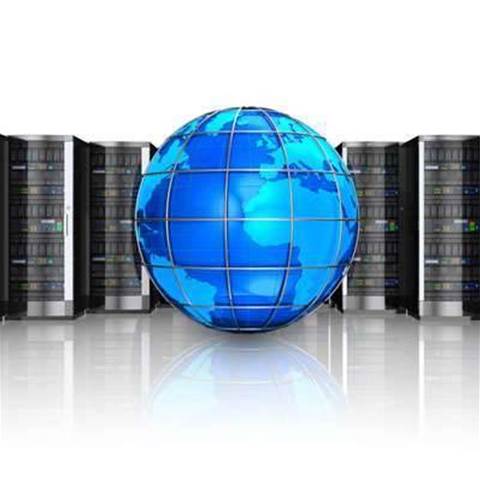 The long-secret text of the Trans-Pacific Partnership (TPP) trade deal has finally been released by the 12 countries negotiating the agreement.

TPP countries in the Asia-Pacific region account for some 40 percent of the world gross domestic product, and the trade deal includes measures to slash tariffs and remove impediments to cross-border commerce.

Technology features prominently in the TPP, which aims to reduce brakes on e-commerce while substantially tightening rules and laws on intellectual property.

TPP countries will be required to set up electronic trademarks systems, and host an online database of applications and registered brands.

Copyright terms "shall be not less than the life of the author and 70 years after the author's death", a substantial extension of the existing rights period in most TPP countries bar the United States.

Controversially, bypassing technological protection measures, such as digital rights management systems, will incur criminal penalties if a person is found to have circumvented these themselves or that they provided products or services for that purpose.

Under the TPP, countries will also be asked to collect and analyse statistics on intellectual property infringement and information on best practices to prevent and counter piracy, and publish their efforts towards the effective enforcement of rights in civil, administrative and criminal systems.

Copyright and related rights piracy can be considered a crime even if it isn't for commercial advantage, as long as it has "a substantial prejudicial impact on the interests of the copyright or related rights holder in relation to the marketplace".

The penalties to be introduced include imprisonment and fines high enough to provide a deterrent against future infringements.

Police will get the right to seize and destroy equipment used in trademark and copyright infringement.

Internet providers and telcos must cooperate with copyright owners to deter unauthorised storage and transmission of content, if they are to be protected under "safe harbour" provisions from legal culpability.

At the same time, TPP provides legal limitations that preclude rights holders for suing internet providers for copyright infringements that they don't control, initiate, or direct, even if they occur on their networks.

Transient storage, caching and referring or linking to copyrighted content are also excluded from liability under TPP.

TPP countries will have to adopt and accept electronic signatures for authentication, except in specifically outlawed circumstances. Paperless trading is also a requirement.

While customs duties on transmissions and digital content cannot be applied, TPP countries are free to levy internal taxes.

Consumer protection for e-commerce to prevent fraud and deceptive business activities must also be implemented under the TPP, along with legal frameworks to safeguard personal information.

Data sovereignty, or the ability for countries to restrict cross-border information sharing, is out under the TPP, as is forcing companies to locate data centres and other computing facilities within national borders - except for some limited government-mandated circumstances.

They are banned from demanding software source code as a condition of sale or distribution in their territories, again with the exception of certain government demands that fit laws and regulations that do not run counter to the TPP.

TPP countries must provide the businesses of signatory nations with full access to purchased or leased telecommunications services at reasonable rates. Such communications facilities must also be kept secure and have interconnection abilities to other telcos.

Prohibiting resale of public telco services is banned under the TPP, and colocation, unbundling, access to incumbent network infrastructure such as poles, ducts, conduits and rights-of-way must be provided.

Major suppliers with international submarine cable landing stations must also offer access to these facilties under the TPP.

Phone number portability is another requirement for TPP countries, with partial exceptions for Brunei, Malaysia, and Vietnam.

Mobile roaming rates between the 12 TPP countries may be squeezed, as the TPP demands "the parties shall endeavour to cooperate on promoting transparent and reasonable rates for international mobile roaming service that can help and promote the growth of trade among the parties and enhance consumer welfare".

The TPP countries will also be asked to share information on retail mobile roaming rates for voice, data and text messages no later than a year after the TPP kicks in.

TPP countries must also have a independent telco regulatory watchdog, but are free to define their own universal service obligations (USO) for providers as they wish, and make the technology choices they desire.

Radio frequency spectrum allocation policies and regulations in TPP countries will also remain much as they are currently, with the proviso that they must be transparent and objective, timely and non-discriminatory.

Trade and investment minister Andrew Robb said the TPP would contribute substantially to the diversification of Australia's economy in a criticial post-mining boom phase.

Robb said while the final text for the TPP had been released, a legal review and official translations of the trade pact agreement in English, Spanish and French for accuracy, clarity and consistency were still to be finalised.

A number of TPP side letters have also been concluded by Australia, Robb said. Once these are finalised, they will be made public.

The pact still has some way to go before taking effect, with each of the 12 countries now embarking their own domestic treaty-making processes.

Australia will table the full text of the TPP along with a national interest analysis in parliament for 20 days, and the joint standing committee on treaties (JSCOT) will conduct an inquiry into the trade deal and report back to the house before any binding action on the treaty is taken.