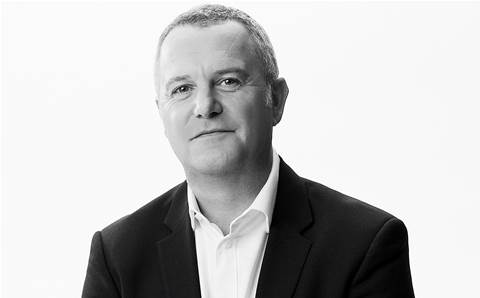 Freedom Furniture has re-emerged from a major business turnaround that saw the iconic retailer rebuild its IT organisation and several core systems after a major implementation failure.

The company’s first ever CIO Richard McPartlin, who joined in April 2020, told iTnews that one-and-a-half years on, Freedom has a clear architectural strategy, and a stable IT environment and team, though there remains considerable opportunity for additional improvement.

“Freedom Furniture is going from strength to strength,” McPartlin said.

“We’re trading at the highest levels we’ve ever traded at and really grabbing market share.

“We’re not at the end line by any means - we’ve stabilised, we’ve enhanced, and now we’re into the next round of optimisation activity.”

McPartlin arrived at Freedom Furniture, which operates 58 stores, months into the Covid pandemic, and with the retailer still reeling from a failed implementation of an order management system (OMS).

The OMS was the final, ambitious piece of a best-of-breed environment of otherwise mostly custom-developed components that Freedom had stitched together with Dell’s Boomi middleware platform.

But within months of the mid-August 2019 go-live, OMS was in such a state that Freedom “pretty much … had to stop trading,” McPartlin said.

“For context, an order management system takes a point-of-sale feed, matches it to supply capability and what’s in the warehouse and sheds, and then distributes that to the customer.

“Freedom had gotten itself into such a mess that they couldn’t distribute product to customers. The OMS literally brought the business to its knees.”

A “rapid fix project” was initiated to determine what had gone wrong and how to course correct.

“I joined the business in April [2020] and by then the fix project was supposed to have been finished but it wasn’t. It was still not even in mid-swing,” McPartlin said.

“In parallel, IT itself had been in a real mess for a couple of years, and the culmination of that was brought to a head by [the] significant failed implementation.”

McPartlin said there were multiple issues with the OMS project.

“It was clear from the beginning that it was so poorly architected and every project control that you’d expect to be in place wasn’t in place,” he said.

“The system design was not appropriate, and [it had] a really complex architecture that just had not been thought through.”

The retailer had called upon little if any outside assistance up until that point, preferring to do everything in-house.

Under McPartlin’s gaze, Freedom brought in external subject matter experts to aid the fix, though he added the IT team ultimately “designed our way out of [trouble] independently in the end.”

Still, the fix took considerable time. “We finally closed the program out in January this year, to give you an idea of how extensive and complex it was,” McPartlin said.

Further effort went into re-architecting the retailer’s broader “decoupled” IT architecture, of which the OMS was but one element, and into standing up a brand new digital technology stack to power its online and omnichannel customer experience (CX) ambitions.

Freedom used Boomi's AtomSphere platform to stitch all its various systems together and allow them to exchange data.

The platform existed prior to McPartlin joining the organisation.

However, the architecture of Boomi was also in somewhat of a state, and required substantial rework; again, McPartlin looked directly to the vendor to come in and aid the re-architecture efforts.

“In a decoupled environment, middleware integration is key, so we brought Boomi in straight away directly as the partner to rebuild all of that environment for us, and they did it on our behalf and did a great job,” McPartlin said.

“That really got us back on track and was critical for us. If we didn’t get that architecture of integration right, we wouldn’t be here.”

Boomi’s role is also now extended to draw data out of transactional systems and feed it into a central Azure-hosted data lake.

“Given the decoupled nature of what we’ve got, just getting a handle on our data was absolutely critical for us,” McPartlin said.

“As part of our transactional fix piece, we needed a parallel view of data that was going on across the landscape.

“Just a bit of detail - Freedom's OMS isn’t a system of record. It’s not static, it’s a constantly evolving learning model, so you don’t have a point-in-time that you can go to, so we built a data model so that we could have some of that visibility when we were fixing it.

“But then we saw the value in that significantly, and what we’ve built out now on Azure is a complete dump if you like of our entire transactional datasets, which gives us a singular pane now on the end-to-end operational aspect of the business.

"Then, we have a full separate customer data mart that we’ve built, and joining the two allows us to get real deep insights into customers, which is critical for us.”

McPartlin said that Freedom Furniture has emerged from these collective efforts still with a complex architecture.

“But it’s now stable, and now we’re able to optimise it even further,” he said.

“So I guess what’s left as an outcome of that is we’ve got a good selection of best-of-breed tools, now relatively well-architected, but still with lots of opportunity for further optimisation.”

Future optimisation efforts may see it slim down its application portfolio and ultimately attempt to simplify the decoupled IT system structure.

McPartlin also put considerable effort towards rebuilding the IT team and repairing the internal culture.

Even without the overlay of Covid pressures, IT had “gone through a real horror period”, working long hours and without much internal representation.

“It was a really flat team [structure],” McPartlin said.

“The core capabilities of the team were there, it’s just they’d lost a lot of TLC and leadership.

“I was the first CIO by title in Freedom, with a seat at the exec table and a voice into the CEO, so that meant being able to lead from the boardroom, if you like, and champion the cause of IT.”

Staff engagement has improved substantially over the one-and-a-half years since; when McPartlin joined, 75 percent of the IT team “were actively looking for new roles”, based on responses to a staff survey.

“That’s a real indicator that things aren’t great,” he said.

“That flipped completely the other way in the last survey [we ran] a couple of months ago.

“Engagement is about 69 percent. There’s still a way to go, but we’re in challenging times. It’s been about harnessing [staff’s] capabilities and enhancing them where we need to.”

McPartlin said new data and broader technology skills brought into the organisation had produced internal excitement and led to an increase in subject matter expertise and capability.

But the biggest cultural changes came from far simpler things: from empathetic interactions to “going into bat” for IT, particularly securing fly-in cover and other resourcing.

“You have to have some skin in the game,” McPartlin said.

“You have to show and demonstate you’ve got that level of empathy and care, not just for what you’re doing to deliver but for what’s going on in the background.”

In parallel to all of this work, Freedom Furniture itself has been undergoing a broader business transformation led by CEO Blaine Callard, aimed at growing the retailer’s profitability, broadening its horizons into homewares, and creating more digital and omnichannel customer experiences.

Powering the digital side of its operations is a stack comprising SAP Commerce Cloud, Fluent Commerce, Shippit, and Triquestra’s Infinity point-of-sale (POS) systems.

“That digital environment has taken off both through the major business turnaround piece, so a major focus on online, which was not as apparent previously in Freedom’s business model, but also just with Covid and the pivot everyone has done and has been able to do,” McPartlin said.

“We brought in a new digital stack, fully integrated into the enterprise IT stack, and now we’re looking at the opportunity of how that digital experience could move more in-store and enhance or potentially replace some traditional point-of-sale type experiences.”

McPartlin envisaged a future in-store experience where people could try out floor stock but then customise orders or access other virtual experiences via a tablet device at the same time.

He also saw substantial potential for upside in offering customers that do order furniture much more information as they await delivery.

Most of Freedom’s products are made to order at custom factories throughout Asia. The wait time pre-Covid was 18 to 20 weeks; Freedom Furniture took the money upfront but then did not communicate again with the customer until 48 hours before final delivery.

McPartlin - like othe retailers - holds Domino’s Pizza’s app up as a kind of ‘north star’ for the type of digital experience that a company can now deliver.

In the near future, this could mean customers receive periodic updates, including footage from the factory showing where their custom-built furniture is at, or where the freight ship carrying the couch is on its journey to Australia.

“We have all the data points available to us now through the whole lifecycle of order, including which boat it’s on, which container it’s in, and when it’s going to dock, so the ability to surface that in the right way, without killing the customer experience, we see as really important, because they’re long lead time products,” McPartlin said.

“Having that customer engagement is crucial.”