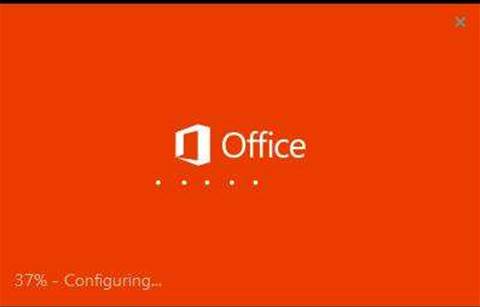 No discount for existing users.

Microsoft is offering free upgrades to the new Office 2013 productivity suite to new buyers of the existing Office 2010 software.

Office 2013 is currently available as a downloadable preview, and expected to launch in final form later this week or early next week.

Existing Office 2010 customers and those who have bought the productivity suite through the Volume, Home Use and Student Select programmes are not eligibile for the offer.

Microsoft has not announced any upgrade rebates for existing customers so far.

Proof of purchase and a valid Office 2010 product key are required to take advantage of the offer.

Retail pricing for Office 2010 Home and Student, which features Word, Excel, Powerpoint and OneNote, is set at $189 for a single PC licence, or $209 for a household one which can be installed on up to three computers.

The Home and Business variant of Office 2010 adds Outlook for email and retails for $279 for single user and machine licenses, or $379 for a single user license that can be used on two machines.

Earlier this month, Microsoft revealed that it would make versions of Office 2013 for Apple's iOS operating system, available from March next year.

Although competing productivity suites have emerged, such as the web-based Google Docs and the free OpenOffice and LibreOffice, Microsoft's variant still commands a 90 percent market share for PCs, analyst firm Gartner's research shows.