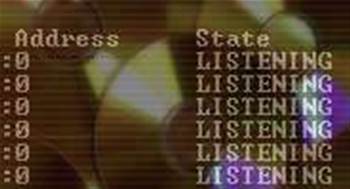 The new law aims to deal with the concerns of those who sit on France's Constitutional Council, who had objected to the first version of the law.

Internet disconnections of up to a year can now be ordered by a single judge in a "streamlined" proceeding, while internet users who fail to secure their connections can also be punished if other people use those connections to illegally exchange copyrighted material.

Hadopi 2 was passed by the National Assembly today by a margin of 285 to 225. The French Senate had already passed the legislation.

The new law also outlaws the 'open Wi-Fi defence', under which an accused file-sharer could simply make clear that anyone could have used his or her internet connection.

Under the new law, all internet users must keep their broadband connections secure and are fully responsible for whatever happens over them.

Got a news tip for our journalists? Share it with us anonymously here.
Copyright ©v3.co.uk
Tags:
connectionsfilefrenchinternetlawpassedsecuritysoftwaretelco/isp