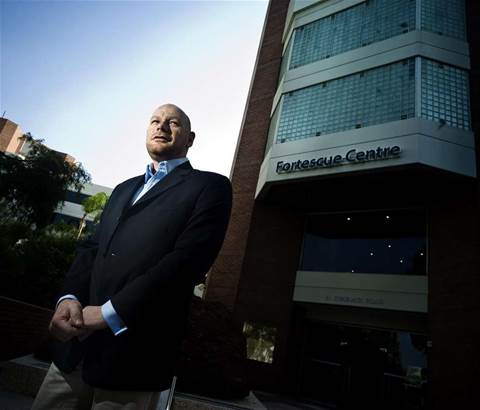 Outspoken CIO Vito Forte will part ways with Fortescue Metals after four years at the helm of the miner’s technology operations.

It is unknown whether the outgoing CIO will be replaced.

Forte appears to be the latest victim of efforts to slim Fortescue’s executive ranks, in response to steadily falling commodity prices and the subsequent hit to the metals group’s revenue stream.

In December, Fortescue confirmed the departure of three executives, including shared services director Peter Thomas and head of procurement Kevin McCafferty, and the planned ‘sabbatical’ of a fourth, development director Peter Meurs.

At the time, the company denied any link between the outgoing executives and the tightening commercial environment.

However Fortescue, which has a history of dramatic cost reductions in tough times, has also indicated that it will halve its projected capital expenditure in the new year.

Forte is expected to formally depart the organisation at the end of this month.

The unexpected split follows the radical transformation of Fortescue’s IT operations under the CIO’s leadership.

Since joining the organisation in early 2011 from rival WorleyParsons, Forte overhauled a number of underperforming vendor relationships and positioned himself as an early adopter of technologies such as Office 365 productivity tools and a mixture of public and private cloud infrastructure.

One of his more recent projects - the delivery of a real-time productivity dashboard to mobile devices - gave Fortescue managers a better way to ensure the company’s trucks and other assets were always where they are most needed.

The capability, which replaced an Excel spreadsheet generated at the end of every shift, was projected at the time to save Fortescue up to $30 million a year.