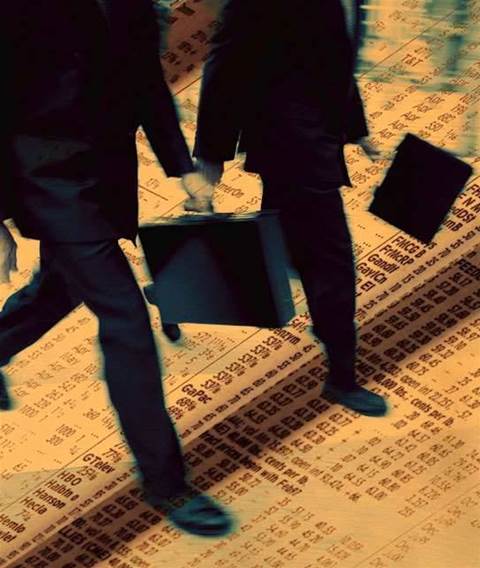 A former Motorola engineer has received a four-year prison sentence and a hefty fine after being caught at Chicago's O'Hare International airport with over a thousand confidential documents, $US30,000 in cash and a one-way ticket to China in February 2007.

The documents came from Chinese telecommunications company Sun Kaisens that develops products for the country's military; Jin was applying for a job with the Chinese company while on sick leave from Motorola, and had been given the documents to review.

US District Court Judge Ruben Castillo also fined Jin $US20,000 ($A19,410) and ordered that she be supervised for three years after her release.

"You did your best to lie to customs officials and tried talking your way out of it, but you were caught pretty much red-handed," Justice Castillo told Jin on sentencing her.

Jin faced a much longer sentence than is usual for this type of case as the prosecutors claimed she was working for the Chinese government, and engaged in economic espionage.

However, Justice Castillo rejected the three claims of espionage, each punishable by up to 15 years in prison.

Although the judge could have sentenced Jin to prison for 10 years on each of three counts of trademark theft, he took into account Jin's poor health and reduced her prison time.

US prosecutors claimed the information Jin carried was worth more than $US300 million ($A291 million), but her defence lawyers alleged there was no actual loss for Motorola as the documents were still in her possession when she was apprehended.

Her defence also disputed that the information Jin had constituted trade secrets as set out by the law, but Justice Castillo nevertheless assessed the "intended loss" at $US10 to $US15 million ($A9.7 to $A14.6 million).

Jin was by all accounts a model employee at Motorola, with a masters degree in physics and having received very good reviews that increased her salary enough to pay off the mortgage on her and her husband's house.

She was working on the company's iDEN radio products.

The sentence is one of the longest meted out for trade secret theft in the United States. In 2010, David Yen Lee, a technical director working for US paint company Valspar, received a 15-month sentence after stealing a formula worth $US20 million ($A19.4 million) and attempting to share it with his new employer, Nippon Paint, in Shanghai.