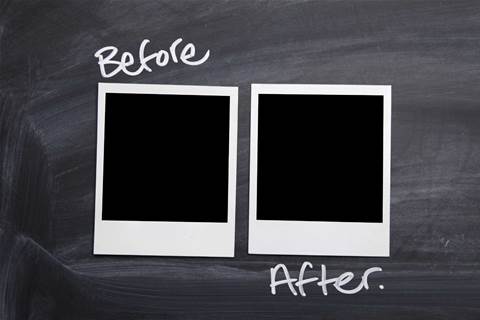 Former Microsoft Australia veteran Nigel Cadywould has made the leap to the public sector to head the customer service makeover inside Victorian IT services agency CenITex.

Cadywould started work as one of CenITex CEO Michael Vanderheide’s key deputies this month. The role puts him in charge of rebuilding trust and engagement between CenITex and the government agencies it serves.

CenITex has been on a mission to rebuild its reputation after the former Liberal Victorian government put it on the chopping block, deeming that its remit - IT support, desktop and infrastructure services - could be better filled by a private sector provider.

The once bloated organisation struggled to get past internal ructions and accusations of corruption that tarnished its image.

It was saved from outsourcing by the new Labor government in 2015, but lost its customer monopoly as the mandated IT service provider for the public sector.

Since the reprieve, however, it has managed to deliver two price cuts to its agency customers. In April 2015, the CenITex board announced it would absorb CPI and wage increases to fix prices at at 2014-15 levels for 2015-16.

Later that year it announced a 5 percent cut to base prices on top of the CPI absorption for 2016-17, and Vanderheide said he would look for more cuts the following year.

“Further work is underway to identify future efficiencies to further reduce costs for our customers in 2017-18. Providing fast, secure and cost effective access to cloud services, and improving the speed with which new customer solutions are designed are other major drivers," he told iTnews.

Cadywould will lead the organisation’s efforts to bring agencies into the inner sanctum of the CenITex decision making process.

The executive spent around 15 years at Microsoft - including a stint as its public sector director - until 2011 when he departed to become VP of services for SAP Australia and New Zealand.

He left SAP in late 2014 to join managed services and consulting firm SMS Management and Technology, where he stayed for less than a year before departing to work in various contract roles until his latest appointment.

CenITex also recently hired another private sector IT stalwart, Scott Ayer, to its executive. Earlier this year Ayer was put in charge of the agency’s 400-person service operations group.

A former senior executive for Hewlett-Packard and EDS Australia, Ayers was most recently the local managing director for CGI.