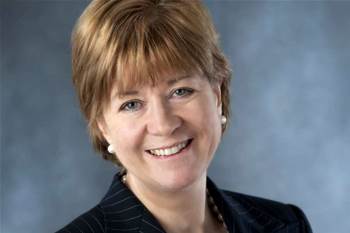 Weatherston has been appointed as a non-executive director to the board of mobile payments specialist Mint Wireless, and has also taken up a role as a strategic board advisor to startup accelerator Venturetec.

Venturetec offers a range of services to startups building tools for enterprise IT - including seed funding, mentoring and focus groups and sales leads - in exchange for equity.

Both Weatherston and Gee have been offered an equity position in the firm in exchange for their advice to startups and introductions to their C-level peers. They join three other strategic advisors to form a network that spans several countries across Asia and the US.

Weatherston became a free agent in April after two four-year stints as CIO of ANZ Bank and the Bank of Ireland.

Weatherston told iTnews that her appointment with Mint was a ‘win-win’ - the start-up gaining her many years of industry and technology knowledge, while she gains exposure to a startup “at the leading edge of technology disruption.”

“I have been for a while keen to get more closely involved in emerging and disruptive technologies,” she said. “I’ve always been motivated by deploying technology to transform the customer experience, and at the moment we are seeing mobile have a dramatic impact on customer service.

“What I bring to Mint is experience and expertise to help them on their next stage of growth, as they expand in scale and across geography.”

A key competitive advantage for Mint today is the ability to process a payment from point of sale right through to reconciliation with a bank. It is likely, as the payments market matures the company will meet new entrants in this lucrative market. Having executives with experience in highly competitive markets will be a critical advantage.

"I believe the role of the CIO will need to take on greater accountability for innovation," he said. "I felt motivated to 'sharpen the sword', get some personal learning on what makes these small startups successful and how to take these gems back into the enterprise."

Gee said he was originally brought on to mentor entrepreneurs on how to pitch and make a business case to a C-Level audience. "As a CIO, you get to hear pitches nearly every day, so we do get quite fine tuned to these things."

But he has found his role already growing broader - including tapping into his network of contacts to introduce people and opportunities.

The short term rewards aren't as flattering as a CIO's wage, he conceded, but "there is a reward in networking and meeting many great talented people."

Gee is working an average of ~5 days a month for Venturetec, which he says isn't very onerous. Weatherston is expected to spend less time working for the firm.

As a board member for Mint, meanwhile, the former ANZ CIO will only be required a few days a month, but her commitment to the company will vary according to its requirement for further advice.

Weatherston said she was open to similar opportunities elsewhere, so long as they don’t conflict with Mint’s business model.

“I am motivated by change and transformation," she said. "The organisations that can provide that sort of opportunity are the ones I’d like to engage with.”