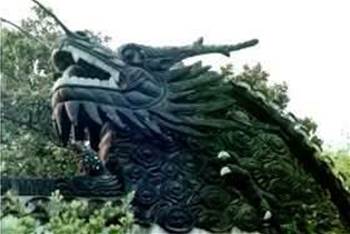 Games developers are failing to take full advantage of China's huge market for multiplayer online games, according to analysts.

Games developers are failing to take full advantage of China's huge market for multiplayer online games, according to analysts.

Meanwhile, local software houses are churning out low quality games that grab only a small piece of the market and fade quickly.

"The barrier for Western massively multiplayer online role playing games [MMORPGs] in China's online game market is that they have too much role-play and not enough hack-and-slash," said Pacific Epoch analysts in a research report published last week.

The only obvious exception to this rule among Western-developed games is Blizzard Entertainment's World of Warcraft, the analysts say.

"Korean MMORPGs like Legend of Mir 2 fit right into the Chinese mould and World of Warcraft is extremely popular in China because the game caters to hack-and-slash play just as much as role-play and exploration," said the analysts.

World of Warcraft has attracted millions of players in China, as have Legend of Mir and the Korean-developed Lineage series.

But only a handful of games have achieved this level of success over the past five years despite the huge and growing audience, suggesting that there is space in the market for more games like these.

Local developers, however, lack the skills and resources to take advantage of this opportunity.

There is a severe lack of talented and experienced manpower in China's game development industry, preventing local firms from matching the depth and technical sophistication of foreign products.

"As games become more complex, game development capability in China in the short term may lag even further behind their foreign counterparts," Pacific Epoch reported.

Locally developed multiplayer role playing games have the advantage of being faster and much cheaper to create than foreign competitors, at as little as $US1m, or around one tenth the cost.

However, the games developed so far tend to be shallow, and attract fewer than 100,000 players. They also have short life spans, forcing companies to churn out 'new' games which are often very similar to the old ones.

In some countries, the market for MMORPGs is seeded by offline role playing games thereby introducing players to the concept of role playing.

This effect has been much weaker in China, because the offline role playing games take days or weeks to play to a conclusion, a time scale which does not work well in the internet cafes where many Chinese gamers play.

This is likely to change. As incomes increase and PCs become cheaper and more popular, fewer people are using internet cafes.

However, according to the China Internet Network Information Centre, they still account for 22 per cent of all Chinese internet users, and a higher proportion of the teen and young adults who are the main online role playing game users.

Got a news tip for our journalists? Share it with us anonymously here.
Copyright ©v3.co.uk
Tags:
chinafailforeigngamesinscoresoftwareto