Followmont Transport takes back IT strategy 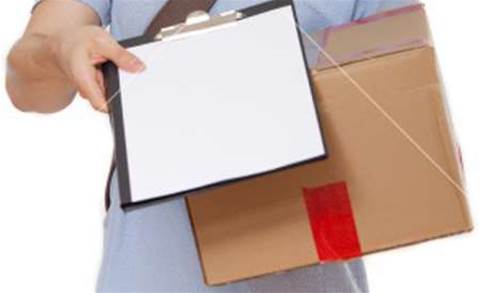 Queensland freight company Followmont Transport has opened its first disaster recovery data centre after 29 years in operation and a growing reliance on IT.

Until January, the company – one of the state’s 15 largest, according to the Queensland Business Review’s Q400 list – relied on a single, in-house data centre under a strategy devised by its former technology partner.

The partnership ended in April 2011 when Followmont appointed its first chief information officer Paul Smith, who identified “too many single points of failure” in its operations.

“Followmont had previously had an IT manager with an outsourced provider [recommending solutions and strategy],” Smith told iTnews.

Smith found that Followmont and its former outsourcer had implemented 15 physical servers with direct-attached storage in 2008, at “significant” cost.

The infrastructure was not virtualised and had no disaster recovery capabilities, with the company likely to take “a couple of weeks” to recover from any hardware failures, Smith said.

Even a cup of spilled coffee posed a “huge risk to the company”, he said, explaining that Followmont would have been unable to meet 70 percent of its delivery commitments in the event of a day-long data centre outage.

In the event of a week-long data centre outage, Followmont would have failed to meet practically all of its delivery commitments, and “customers would go elsewhere”.

“I think we were very, very fortunate to have no major outages,” Smith said.

He replicated the environment in a new co-located facility in the Brisbane CBD for disaster recovery for a total project cost of about $750,000.

The project involved Smith and a newly established, two-person IT infrastructure team, and also included the installation of high-speed fibre between the two data centres.

All hardware was commissioned last November. Followmont’s core freight management system, which also handled CRM and finance functions, switched over to the new environment in January.

Building on an overhaul

Smith said Followmont “didn’t dwell on the history of [the previous IT strategy]”, focusing instead on moving to a more robust environment as soon as possible.

He credited the new, three-tier SAN for improving the performance of its core freight management system, with customer service staff able to pull up consignment records more quickly.

Older data – including images, track and trace details, and proof of delivery for some 150,000 consignments a month – were automatically moved onto slower, more economical storage tiers if they were not used frequently.

Smith planned to store data for up to seven years on the new hardware. Followmont currently had 50TB of data, comprising 3.5 million consignment records from the past four years.

Since April last year, Followmont has deployed 100 Motorola PDA devices to its delivery drivers, on top of 80 devices that were already deployed.

About 200 drivers have not received PDAs, worth about $2000 each. Smith said Followmont was unlikely to issue the devices to many “smaller agents” who handled less than ten consignments in remote areas each week.

Instead, the company is working closely with Sydney logistics software developer CargoWise on a future CargoWise product, in hopes of an off-the-shelf system that will replace or enhance Followmont’s ten-year-old Omnix freight management system in “the next couple of years”.

Smith said the partnership could deliver mobile fleet management applications, so drivers could use their own smartphones instead of having the company issue PDAs.