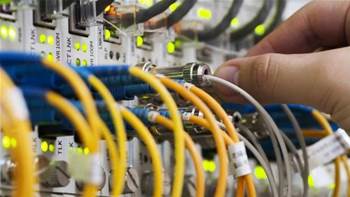 A 38-year-old man from Miami, Florida, has been indicted by a United States federal grand jury in New Jersey, accused of running a massive multi-year scam operation to sell counterfeit Cisco networking equipment.

The man, Onur Aksoy who also used the aliases Ron Aksoy and Dave Durden, is alleged to have imported tens of thousands of fake Cisco devices from China and Hong Kong.

Aksoy then resold the equipment to US and overseas customers through an alleged network of 19 companies, 15 Amazon and 10 eBay stores, and several other entities.

The equipment imported from China and Hong Kong was usually older, lower-model products, that were made to look like more expensive Cisco devices, the US department of justice said.

DoJ alleges that the Chinese counterfeiters added pirated Cisco software, and unauthorised, low-quality and unreliable components to the networking equipment.

Some of the add-ons were used to circumvent technological measures by Cisco to check for software license compliance, and hardware authentication, the DoJ alleged.

US hospitals, government agencies, schools and military that bought the switches and routers experienced equiment failure, as well as performance, functionality and safety issues.

DoJ said the counterfeit Cisco gear ended up costimg some users tens of thousands of dollars.

The department alleged Aksoy's operation traded gear with an estimated retail value of over US$1 billion, and the resale generated more than US$100 million in revenue.

The indictment has been years in the making, despite Aksoy's operation starting in 2013 and being detected soon after that.

Cisco allegedly wrote to Aksoy seven times between 2014 and 2019, asking him to cease and desist the resale of counterfeit goods.

Since 2014, the US Customs and Border Protection agencies seized around 180 shipments of alleged counterfeit Cisco gear to Aksoy's Pro Network companies and stores.

In July last year, Aksoy's warehouse was searched and 1156 counterfeit devices with a retail value of US$7 million were seized.