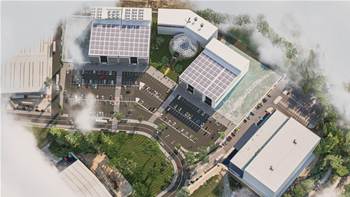 SA will be largest manufacturer in the country.

The federal government will provide $20 million for Fleet Space Technologies to build a satellite manufacturing hub in South Australia.

It supplements industry investment into the Australian Space Park at Adelaide Airport by Fleet, as well as AT Space, Alauda and Q-CTRL.

The government said the $66 million hub, which is expected to create 221 local jobs, will “make South Australia the largest manufacturer of satellites in Australia”.

“The purpose-built facility will drive collaboration between Australia’s local space manufacturers to build innovative satellites and rockets,” it said.

Industry minister Angus Taylor said the government’s investment would “not only... help grow our space sector, it will foster the next generation of space manufactures and researchers”.

“This is a huge opportunity for Australia,” Taylor said.

“Our space businesses are already globally-recognised but these investments are about driving their potential to scale up and create more high-value jobs for Australians.”

Funding has been provided as part of the federal government’s $1.3 modern manufacturing initiative.

Premier Steven Marshall thanked the federal government for the investment, which comes two weeks before South Australians head to the polls.

“South Australia is unequivocally the Space State – we have already created nearly 1600 space jobs in the state and today’s announcement is going to see that number take off,” he said.

Last year, Fleet raised $35 million (US$26 million) in Series B round funding, pushing the Adelaide-based company’s valuation to $172 million.