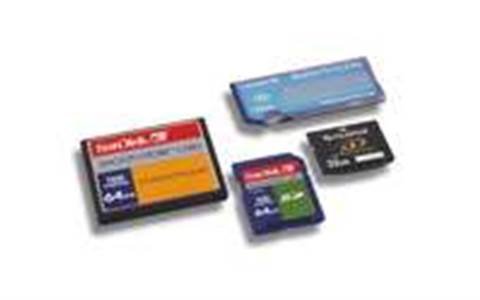 The rise of so-called solid state drives (SSDs) is enabled by the continuing drop in memory prices. In-Stat analyst Frank Diskson projects that first flash drive based notebooks will become a viable option by 2010.

"The HDD industry has done a phenomenal job of driving areal densities; however, it is clear that there are user segments for which drive capacities far exceed the user's need," Dickson said.

"When one examines the declining cost trends for Flash, the user's need for storage and the premium that consumers place on the benefits provided by SSDs, it is easy to see that there will be a clear demand for SSDs."

The One Laptop Per Child Project plans to rely solely on flash memory for its notebook computers that are designed for children in developing nations.

The Linux powered devices will feature 512Mb of flash memory to store the operating system, applications and user data. The first models are expected to ship in 2007 and will cost about $140.

Got a news tip for our journalists? Share it with us anonymously here.
Copyright ©v3.co.uk
Tags:
computers flash hardware marches memory mobile on