Firstmac scales up desktop-as-a-service for 400 staff 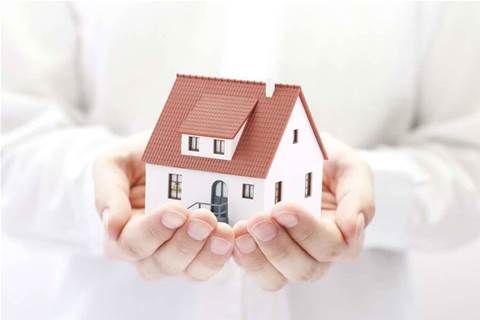 Non-bank lender Firstmac has quickly scaled up a desktop-as-a-service environment to keep its operations in Australia and the Philippines online.

The firm - which touts itself as Australia’s largest non-bank lender, managing $12 billion of mortgages and $250 million in cash investments - has around 500 staff split evenly between the two countries.

Head of IT operations Robert Cooper said the Philippines ran as a “direct hire model, not a traditional business process outsourcing arrangement”.

The company runs 90 percent of its infrastructure and core business applications in AWS, with the only things remaining on-premises its virtual desktop infrastructure (VDI) environment and core banking.

Cooper said Firstmac began using AWS’ desktop-as-a-service platform Workspaces “initially for an overflow to let us continue to support that business growth”, which was occurring primarily in Manila.

“As we expanded operations up there, we probably sat around 30 to 50 people on Workspaces through the last quarter of last year,” he said.

However, with the January 12 eruption of the Taal volcano, which spread ash across metro Manila, Firstmac revised its business continuity planning (BCP) for the region.

“That made us look at how we could accommodate that workforce up there working remotely if there was a situation where that volcanic activity progressed into a more serious event and people couldn't get to the office and were faced with a situation working from home,” Cooper said.

“So in early January, we started reviewing our business continuity plans, and specifically looking at that Manila operation and looking at how we could move to a model where those staff could work productively from home.

“Knowing that we faced those capacity constraints on our existing VDI platform, we looked at Workspaces as the short term expansion of remote access.”

Not long after, CEO and owner Kim Cannon “was closely watching the development of the virus outbreak and became concerned mid-February about how this might transfer into an impact on business operations both in Australia and the Philippines,” Cooper said.

“So we took this decision to shift focus of that initial BCP testing that we were looking at just for Manila and to expand [it across] the whole of business operation, looking at how scenarios of possible lockdowns or quarantines might impact staff's ability to maintain business operations,” Cooper said.

“We did two rounds of testing with all staff... in a two week period.

“By the first week of March, we'd completed the two rounds of testing, and had nearly 400 Workspaces deployed.

“So we'd gone from the original group of about 30 Workspaces at the beginning of the year, up to 400 in about two weeks.”

Cooper said that working from home is a new phenomenon for most staff.

“Working from home wasn't readily promoted or encouraged previously in the business, and so this was quite a big change on how people worked on a day to day basis,” he said.

“We wanted to make sure that people were familiar with it and prepared in case we did have to move to a permanent working from home arrangement.”

With both Manila and many Australian states now in various stages of lockdown due to COVID-19, Cooper said Firstmac is continuing to support staff in the transition.

“We made additional support available early in the mornings as people were logging on, and that gave us the ability to help people on the spot with issues as they came up and support them to get productive early on in the morning,” he said.

“Now we're seeing all these issues have dropped away to zero as people have become more comfortable with operating in this manner.”

Cooper said Firstmac had also considered whether it should host Workspaces in different regions to get around internet capacity issues, particularly in the Philippines.

“Initially we had a lot of issues with internet capacity out of Manila and early on when the whole country went into lockdown on March 15,” Cooper said.

“Obviously there's a lot of people working for business process outsourcing operations in Manila, and they all went home to access some form of remote access that was delivered via the internet either from Australia, Europe or the US.

“Their international internet was just getting smashed. There was a lot of congestion.”

Firstmac set up its own monitoring of the performance of different internet providers.

It also used a tool in Workspaces “that gives you a measure of latency that the user sees in different regions of Workspaces”.

“We were using that to try and make a decision about whether we stood up another set of Workspaces in the Singapore region, for example,” he said.

“However, because of the latency variation across ISPs and at different times of day, and just because of the sheer amount of congestion on the Philippines ISP networks, there wasn't a clear leader.

“Rather, we've been watching it, making some changes if we could on the ISPs that people were using … to try and get around some of those issues.”

Cooper said there are some ongoing refinements being made to the Workspaces environment, primarily in the use of different instance types to customise desktops for different types of user.

He was uncertain what would happen to the Workspaces environment once the COVID-19 situation  passes.

“Once this event is over, we'll be able to reconfigure it and adjust it to meet whatever our business requirements are at that time, whether it's a reduced model of casual remote access, or a more permanent, regular working from home arrangement,” he said.

“With the flexibility of Workspaces, we've got those options available to us easily.

“We can ramp up/ramp down and change the configuration very flexibly.”