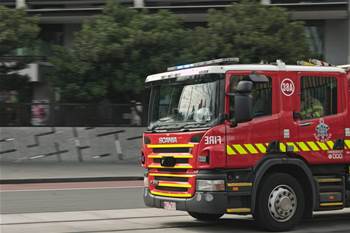 Fire Rescue Victoria (FRV) has set up a new drone unit to help firefighters better monitor fires and other emergencies from the air.

The new aviation unit, which will initially consist of a squadron of four drones, became operational last month.

Staffed by four Civil Aviation Safety Authority-qualified drone pilots and other specialists, the unit will support FRV across the state from its base in Melbourne suburb of Burnley.

MFB – which was the first fire and rescue services in Australia to develop a RPAS capability in 2011 – had at least nine drones before the merger with the CFA last year.

However, unlike the previous drones, the new squadron will be able to stay in the air for up to 30 minutes and can withstand difficult wind conditions.

They will also be able to carry both thermal and optical cameras at the same time, whereas the existing RPAS fleet can only carry a single camera.

Having both thermal imaging and live streaming cameras will allow the drones to capture better quality footage to support firefighting efforts, the government said.

“The technology means firefighters can better monitor fires and other incidents from the air, and get a fuller picture of complex fires, ultimately increasing community safety and contributing to saving lives,” it said.

Since the unit became operational, the drones have already been used to support the FRV response to a recent industrial fire in the Melbourne suburb of Laverton North.

“Thanks to this highly specialist aviation unit and these new highly specialised drones, our emergency services will have greater access to critical information and intelligence to efficiently contain fires, respond to emergencies and save lives,” she said.