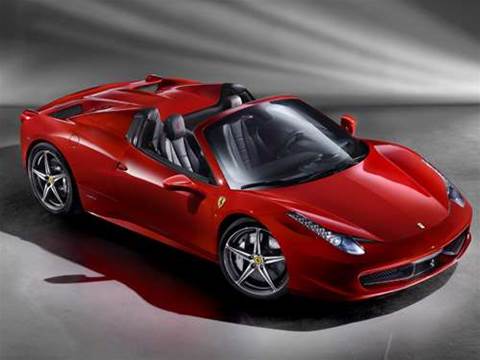 Luxury car maker Ferrari is instituting IT controls that will prevent employees from sending a single email to more than three recipients internally.

The company took the unusual step of a public edict decrying the time its workers wasted on group emails.

"The injudicious sending of emails with dozens of recipients often on subjects with no relevance to most of the latter is one of the main causes of time wastage and inefficiency in the average working day in business," Ferrari said.

"Ferrari has therefore decided to nip the problem in the bud by issuing a very clear and simple instruction to its employees: talk to each other more and write less.

"Specifically, from now on, each Ferrari employee will only be able to send the same email to three people in-house."

The Guardian newspaper reported that an undisclosed "mechanism" would prevent employees from adding a fourth recipient to their internal emails.

Ferrari is not the only company to institute drastic action when it comes to internal emailing.

French IT services giant Atos told India's Economic Times last year that it hoped to get rid of internal email completely by 2014. It will use social media instead for its 80,000 employees worldwide.

Do you support a three-recipient limit for internal email? Share your opinion below.