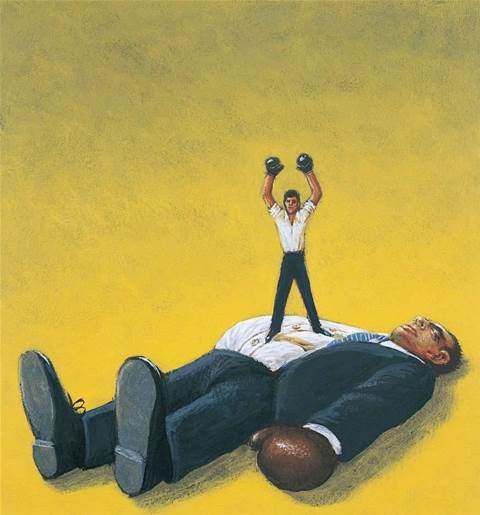 The Federal Government has absolved itself of any blame for the difficulties SMEs have securing government IT work, despite evidence that minimum thresholds for SME participation in contracts over $20 million aren't being met.

An hitherto unreleased 2009 report, sought by iTnews under freedom of information, found existing Australian Government ICT procurement and SME policies are in alignment and “fit for purpose”.

The report said industry complaints about the policies were generally over “shortfalls” in the application of those policies, rather than any inherent weakness in the policies themselves.

However, the report reveals that one of those "shortfalls" has left SMEs with just $58 million of IT work when they should have been eligible for up to $247 million.

The Government pointed the finger squarely at agencies and prime contractors over their respective implementation of its procurement policies.

Commonwealth procurement rules and policies set a minimum level of SME participation for IT and non-IT purchases.

Under the FMA Act, agencies must source "at least 10 percent of procurement by value from SMEs."

Separate thesholds apply for IT contracts over $20 million. In 2002, the then Government imposed obligations on the Government’s prime sub-contractors, meaning SMEs must snare at least 10 percent of the 'hardware' portion and at least 20 percent of the 'services' portion of large contracts.

However the policy was to be "administered flexibly" and allowed for exemptions in some circumstances.

The aggregate value of these contracts over the terms, which extended beyond the financial years in which they were reported, was $1.8 billion.

Suppliers reported that six of the 26 contracts had been treated by the procuring agency as exempt from the SME participation policy on the basis that the core contract requirement was supply of an Original Equipment Manufacturer product or service that accounted for the majority of contract value.

These six contracts had an aggregate value of $329 million.

The remaining 20 contracts with an aggregate value of $1.47 billion had the potential to generate subcontracts for SMEs of between $147 million and $294 million, depending upon the nature of the goods and services supplied and the extent to which the policy was applied.

Suppliers indicated that take-up of the (flexibly applied) policy had varied across contracts and agencies.

As at early 2009, the value of subcontracts to SMEs that suppliers claimed as readily demonstrable amounted to $58 million, with more to come as the contracts ran their terms.

This outcome raised questions about the effectiveness of the existing ICT-specific industry participation policy.

“There is little evidence, for example, of demonstrable benefit for SMEs ($58 million, to date, from a pool of $1.8 billion) and there are concerns that the subcontracted work does not necessarily represent high value work,” the report states.

The administration of the policy also lead to inconsistent implementation by individual agencies.

Other research conducted by Intermedium showed more favourable outcomes in terms of the percentage of SME business derived from ICT and large office machine contracts.

The report found that SMEs noticeably did not suffer as much as other supplier sectors in the market downturn of 2007-08, with contract value to SMEs declining by 9.52 percent. By contrast, the contract value awarded to multinationals declined by 25.14 percent.

While multinationals dominate the large contract market, the report found that there is a "sweet spot" for SMEs for procurement contracts ranging from $100,000 to $500,000.

In practice, based on analysis undertaken by Finance, market shares for SMEs supplying a broad range of goods and services to Government routinely exceeded the 10 percent threshold.

These market shares were likely to be understated as procurements of less than $10,000 are not required to be reported on AusTender and historical information indicated that SMEs win a greater share of small value contracts than do larger suppliers.