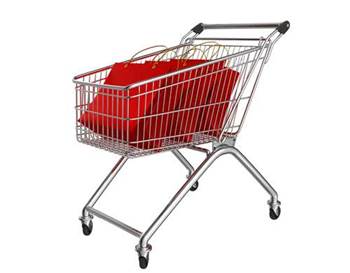 The Federal Government has revealed it could spend up to $400 million on desktop hardware as part of a whole-of-government panel arrangement being put together.

It has also shed light on the minimum technical specifications for Government computers with the strongest indication yet that a large-scale transition to Microsoft's Windows 7 architecture is in the works.

"Commonwealth Agencies are likely to transition to Windows 7 and will be looking to ensure the devices purchased will function adequately in this environment," the Department of Finance said.

The desktop hardware panel will be put together first. The Government called on vendors to tender for a position in the product catalogue, which will be made available to participating agencies.

Similar arrangements were anticipated for telecommunications products and services.

Apart from cost savings, the arrangement was expected to help the Government introduce "whole of government desktop computing policies in areas such as sustainability and e-security."

These were further alluded to in technical specifications released overnight. The specifications covered a number of devices, including standard and power desktop PCs, workstations, thin clients, mobile PCs, netbooks and laptops.

Energy efficiency was set as a minimum requirement when it came to processor hardware.

"Finance will consider a processor designed specifically for mobility that will allow it take advantage of capabilities such as cooler, and more energy efficient operation and greater performance," the department said.

It was considered "essential" that supplied devices had "removable media write/boot control" and that other data transfer methods - including FireWire and e-SATA ports, infrared, wireless and Bluetooth capabilities - could be disabled in BIOS.

USB ports were spared the tight security controls, although the ability to disable them in BIOS was listed as "desirable".

There were few other major surprises in the technical specifications.

Suppliers were only allowed to one model in each hardware category.

The Government also reserved the right to conduct "e-auctions" among approved suppliers to achieve lower prices.