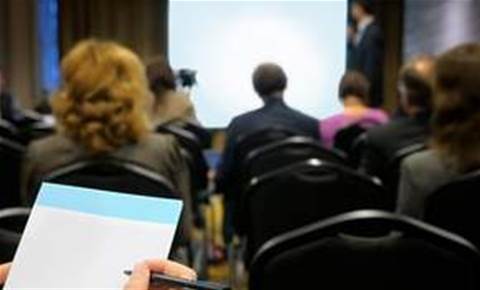 Business, telecoms and IT courses for workers aged 50 and above.

The Federal Government has invited the IT industry to participate in a mature age training program that was extended to include those aged between 50 and 55 last month.

The $43 million Experience+ program was launched in June 2010 and offered grants of $4,950 to mature age workers participating in training programs.

On 30 March, the minimum age requirement was lowered from 55 to 50 to address what Minister for Employment Participation Kate Ellis described as an ageing labour force and skills shortages.

A spokesman for Ellis’ Department of Education, Employment and Workplace Relations said the change would likely benefit the IT industry, which had a below-average proportion of mature age workers in 2009.

According to the Department’s 2010 Employment Outlook (pdf), mature age workers comprised 29.4 percent of the Information Media and Telecommunications industry, and 38.5 percent of all industries.

“As the Australian workforce experiences an increase in the median age of the population, it is important that there is a supply of prime age and mature age workers entering the industry,” the spokesman told iTnews this week.

“The IT industry will benefit [from Experience+] as it will enable employers to access funding to provide quality training for their mature age workers, increasing the capacity of these workers to pass on their skills and experience to Australian apprentices and trainees in the workplace.”

Grants were delivered to employers of mature age workers, as well as mature age business owners who employed an Australian apprentice or trainee, as a start-up payment of $3,500 and a completion payment of $1,450.

A majority of funding was to go towards the cost of a Certificate III-level course, or above, to be delivered by a registered training organisation in Australia.

Remaining funds could be used for administrative expenses, supporting the business while the working was in training, relevant licences, and additional training below the Certificate III level.

Citing research from the National Centre for Vocational Education and Training, the departmental spokesman said there was “clear evidence” that mature age training and education improved productivity.

He noted that employers stood to gain from training mature age workers, as those workers tended to stay in their jobs for longer than other workers.

“The willingness of Australians to work for longer is a strength that we need to harness and ensuring that mature workers are properly supported is central to addressing the challenge of an ageing population,” Ellis stated last month.

“This year, the first of the baby-boomer generation becomes eligible for the aged pension. The time for talking about the future ageing of our population is over – it is happening now.”