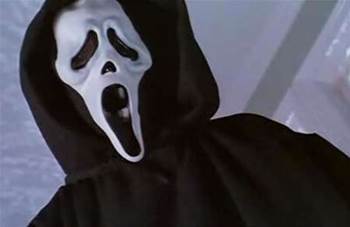 Public servants could receive credit card numbers without the plastic under a new approach to travel arrangements being considered by the Department of Finance and Deregulation.

Under the indicative strategy (pdf), released this month, public servants will be encouraged to pay for flights, accommodation and car rental through "virtual" or "ghost" cards.

The Department describes ghost cards as "not physical cards, but rather account numbers supplied by the card providers" so that officials would only need to carry proof of identification when travelling.

Finance proposes to reduce costs by directly engaging a single credit card provider -- American Express, Diners Club, MasterCard or Visa -- that would either provide, or work with a third party to provide -- an expense management system (EMS).

The ten-page document includes no estimates of any savings and efficiencies expected from the new approach, and the Department "reserves the right to change any aspect of the strategy at any time".

As it is, the strategy could introduce new risks of fraud and confusion about how it will operate.

Back in 1994, the Public Accounts Committee embarrassed the Department of Finance for encouraging what it regarded as the uncontrolled use of the cards -- some with monthly limits as high as $100,000 -- to public servants with little training.

The committee criticised Finance for the lack of information provided to agencies to inform them of their credit card usage, and devolving the administration of the system to the agencies.

It recommended cutting access to the cards by “at least” half and replacing them with a separate e-commerce system which had more controls and that was regarded as the cheaper and more effective alternative.

Ghost cards recommended by the new indicative strategy allow individuals and groups of travellers to use a single card number for flights, accommodation, car rental, and "general purchasing", which includes the ability to access cash.

Groups might be classified according to section, branch division, group or agency.

The paper seeks to play down the prospect of fraudulent use by suggesting “effective risk mitigation” techniques. However, the use of virtual cards by more than one official seems an unusual means of reducing such risks.

Reliable data feeds to agency finance systems will be a core requirement for travel expense reconciliation, but it seems the use of the EMS will be discretionary depending on whether “an agency currently does not have a system, or has a system it regards as inadequate”.

Finance's proposed EMS will also become a new -- though optional -- means of tracking and managing all “general purchasing” as well as standard travel expenses.

According to the indicative strategy document, the successful card provider “would be expected to facilitate the rollout of EMSs for those agencies that choose to acquire a new or replacement system under the card program".

An interesting question is how a credit card company would factor such uncertainties into their bids. The usual way is to add a 50 to 100 percent margin to cover the likely costs of scope creep.

The paper’s main concession to these uncertainties is that the arrangements will be rolled out “progressively and agencies will transfer to the new arrangements over a timeframe reasonably necessary to ensure that implementation risk can be managed appropriately.”