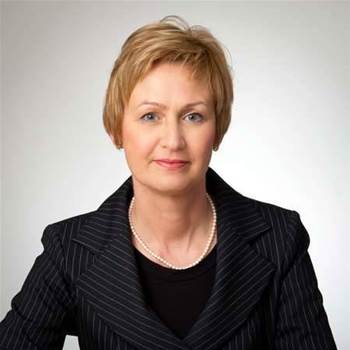 Australian Government chief information officer Ann Steward will retire at the end of 2012 after seven years in the role.

Steward told iTnews today that it was a good time to step down, after having completed a range of tasks on her agenda.

“I am going to have a decent break and have time down,” she said. “I will look for opportunities to do a variety of work around the ICT and leadership areas that I can best contribute to in the new year.”

Although Steward has worked in technology since the 1980s, she has been most influential since taking on her current role as Australian Government CIO in 2005.

“We’ve achieved a lot in increasing the knowledge and understanding of how core ICT is to everything Government does,” she said.

Steward identified the big ICT reforms following the Gershon inquiry as a stand out. “I know my agency colleagues felt very bruised in terms of the fiscal implications from the report. But it was a really big step up,” she said.

AGIMO’s role in coordinated ICT procurement was another highlight: “That continues to be regarded as a real showcase for other Governments to deliver. We have put out a new model in the market place on how to secure products and services efficiently.”

Steward has been actively involved in the international environment through the Council for IT in Government Administration (ICA), a unique global organisation comprising membership from public sectors worldwide, focusing on strategic IT issues for government.

She served as Vice-Chairman, and Chairman of ICA, and was awarded the Superior Leadership award by in 2001, and ICA’s highest honour, the Distinguished Service Award in 2004.

Chairing the e-Government Working Group in OECD, Steward has participated in peer reviews of other government’s digital programs.

There are no indications of who will take up her position in the new year. Steward said that was a matter for Finance and Deregulation Secretary David Tune to announce in due course.

Former Defence chief information officer Greg Farr handed over the reins to Peter Lawrence this month, after five years in the role.