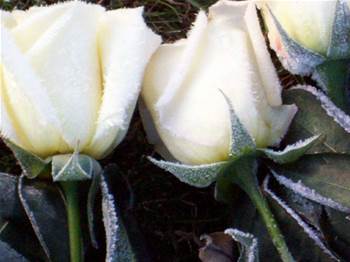 “I am satisfied that Telstra has met the equivalence tests in its licence condition and has sufficiently rectified the problems I identified in January, including handheld handset coverage, customer information provision and the availability of equipment and services,” Conroy said.

Earlier this year, Conroy delayed the CDMA network’s January 28 closure after a report released by ACMA found insufficient equivalence between CDMA and Telstra’s Next G network.

An online poll conducted by iTnews at the time of Conroy’s initial CDMA delay confirmed the Senator’s concerns. The poll, which attracted 737 respondents, found that 61 percent of voters thought Next G’s network coverage was worse than CDMA's. Twenty-five percent thought it was better, while 13 percent were indifferent.

Since then, Telstra has implemented a number of the Senator’s recommendations in an effort to bring the Next G network up to scratch. These include establishing a hotline for users experiencing Next G handset problems and sending out teams of "Coverage Advocates" to visit customers in rural areas to help them make a smooth transition to the new network.

“Once the shut-down of the CDMA network is complete, Telstra will be able to focus its resources and energy on improving and expanding the Next G network, providing high levels of customer service to Next G customers, and to help the small number of customers still holding CDMA equipment.”

But before these initiatives cease, Telstra must report to Conroy so he can assess whether the level of demand warrants an extension of the programs he said.

Telstra country wide group managing director, Geoff Booth, said the telco would also send all CDMA customers a further letter to make sure they are aware of the final closure date.

“We have been talking to our customers about this closure for more than two years and most have already moved to the new network. Those remaining have been waiting for this decision, confirming once and for all the network will close on 28 April,” he said.

Beyond 1 July, Telstra will continue to offer handset exchanges in genuine cases using its established mobiles customer service phone-line on 125 111.

Customers who do not believe they have had their network switchover issues resolved using Telstra’s hotline will still be able to contact the Department of Broadband, Communications and the Digital Economy on the freecall number 1800 883 488.
Got a news tip for our journalists? Share it with us anonymously here.