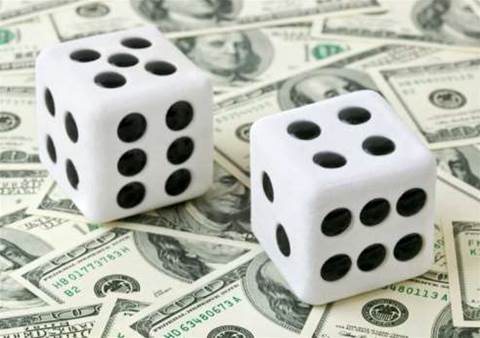 Buying cloud services in US dollars is a bit of a gamble.

AWS customers stung by US pricing.

The Australian dollar, which hit US$1.10 during highs in in July 2011, fell below parity in May 2013 and has headed south ever since. In the eight weeks since mid-April the dollar has fallen a further 13 percent.

Several of the world’s largest suppliers of cloud services - such as Amazon Web Services and Google (for App Engine) and Box.net, sell to Australian customers in US dollars, regardless of whether the services are offered from Australian data centres.

That effectively means a 13 percent price hike for users of Amazon Web Services or Google App Engine in a matter of months.

Table: Cost of a virtual server

Prices are for a Linux virtual server with 1.5GB RAM, 10GB storage, 10GB outgoing and 1GB incoming traffic for a maximum of one month as supplied by Cloudorado.com

The increase is unlikely to faze small businesses that buy instances in ones and twos, but companies running hundreds of VMs could see price increases of thousands of dollars.

“IT managers don’t like budget blowouts,” noted Aidan Tudehope, Macquarie Telecom’s managing director of hosting. “A 13 percent budget blowout is massive. If in the coming months the exchange rate falls to US70c, that’s 30 percent movement. A 30 percent blowout is a career-limiting move if you’re at a company that’s focused on your budgets.”

AWS has relentlessly cut prices for its services as it has built scale. This has created an expectation that IaaS costs will only go down, says Nick Bryant, founder of Australian cloud services provider Server Mule, one of several new IaaS providers to emerge under the shield of the low dollar.

“It’s fair to say that generally - as cloud computing becomes more of a commodity - the expectation is that prices will constantly decrease,” Bryant said. “So for any IT manager creating a budget now, the assumption will be that the budget shouldn’t really increase unless usage does. But when you’re paying in a foreign currency you can’t really plan for that.”

Tudehope agreed that the speed at which currency has fluctuated had made it very difficult to set a budget.

“The shine has gone off US hosting,” he said.

Rackspace, a US cloud provider which made US$1.3 billion in revenue last year, opened its doors in Australia last month.

Rackspace ANZ MD Angus Dorney said customers should not be concerned about shifts in the exchange rate.

“The bulk of our local sales are comprised of Australian dollar pricing at fixed rates,” he said.

Amaon Web Services was contacted for comment for this story.