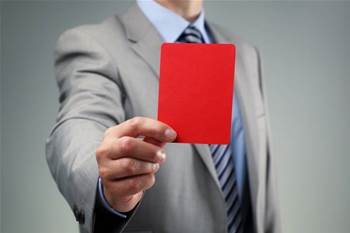 For not paying the first penalty.

The Fair Work Ombudsman has hit a Brisbane-based radio communications provider with a $105,000 penalty for failing to pay an earlier penalty to an employee it unfairly dismissed in 2014.

Macquarie Technology Group International had initially been ordered to pay over $20,000 to an engineer it had formerly employed on the NSW south coast.

Fair Work Ombudsman Sandra Parker said in a statement that the total penalties of $125,600 is a record against an employer for failing to comply with an order to pay unfair dismissal compensation.

It comes after the Ombudsman has repeatedly called on the company to pay the penalties and costs owed to the unnamed employee.

The company has also been ordered to pay the employee costs of almost $8,500, plus the Ombudsman’s legal costs and interest on the original penalty.

“The penalties obtained by the Fair Work Ombudsman send a strong message to businesses that there are serious consequences for failing to comply with Fair Work Commission Orders,” Parker said.

“It is fundamental for the integrity of the workplace relations system that orders are complied with and we will take legal action to ensure employees receive compensation.”

The federal court has dismissed the company’s appeals against the orders.

This is the second time Macquarie Technology Group International has run afoul of the Fair Work Ombudsman after a 2011 incident in which it had underpaid an employee by almost $6,000.