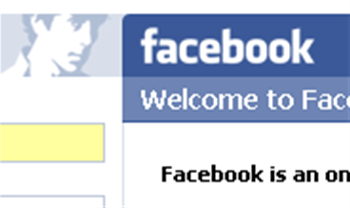 Company admits settings are 'too complex'.

The social networking giant's 50 privacy settings and 170 privacy options are seen by many as too confusing for users. One potential option would be for the firm to offer fewer but more extensive settings.

"We have heard from our users that our efforts to provide granular control have made things too complex," said Facebook in a statement.

"Of course we're working on responding to these concerns, but we don't have anything further to announce."

Facebook rival MySpace announced a simplified privacy policy on Monday, claiming that it will give users more control over their information by allowing them to choose one privacy setting for all their profile data.

Facebook has faced increasing complaints about its lack of privacy in recent weeks from the US and Europe.

The official European Union data protection agency wrote an open letter to Facebook last week describing changes to its privacy settings made in December as "unacceptable".

The changes meant that more details contained in user profiles were publically displayed by default, including picture, current city, list of friends and fan pages. Users had previously been given the option of exposing a limited profile or remaining hidden altogether.

In April, German consumer protection minister Ilse Aigner expressed her concern for the social network's users after changes proposed in March that will allow the site to share personal information with "pre-approved" third-party sites.

And in January, 10 privacy groups, including the Electronic Frontier Foundation, the American Civil Liberties Union and EPIC, filed a complaint with the US Federal Trade Commission about Facebook's privacy policy.

Got a news tip for our journalists? Share it with us anonymously here.
Copyright ©v3.co.uk
Tags:
changesfacebookprivacysecuritysettings