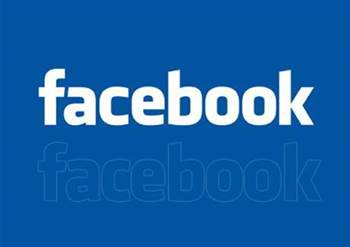 Facebook executives have admitted to being responsible for a smear campaign aimed at convincing US lawmakers to fret about Google’s social media indexing feature, Social Circle.

Global public relations firm Burson-Marsteller was pulled up by USA Today this week for peddling what its journalists found to be exaggerated claims of the threat that Social Circle posed to user privacy.

Google, which is striving to gain a foothold in social media and has faced numerous privacy battles, has claimed that Social Circle merely uses publicly available information to build a profile of its users’ secondary connections.

The function relies on information gleaned or "scraped" from social networks such as Twiiter, MySpace and Facebook and has attracted critics on its own forum.

The PR firm had attempted to persuade major media outlets and influential bloggers to question Google’s technology, but its representatives -- two former journalists -- would not disclose the name of the client.

Their reluctance prompted one blogger to release the firm’s claims on Pastebin, which resulted in USA Today’s report outing the claims as exaggerated.

BM’s press release, leaked by blogger Chris Soghoian, warned of Google's multiple privacy incursions, claiming that Social Circle offered no control for its users, posed “serious real world risks”, stole from other sites, and disregarded a recent agreement the search company made with US regulators regarding privacy.

“Even if you are not a Google account holder, your information is still mined, stored and shared as long as you have some connection on any site Google scrapes to someone who has a Google account.”

A link in the press release pointed media to what Google collated about its Gmail users: http://www.google.com/s2/u/0/search/social#socialcircle.

A Facebook spokesperson on Wednesday night admitted to The Daily Beast that it was behind the campaign, launched because it disliked Google using Facebook data to build its own social network.

After Facebook's admission, Burson-Marsteller made the unusual move of blaming its client for its behaviour.

"[T]his was not at all standard operating procedure and is against our policies, and the assignment on those terms should have been declined," it said in a statement to US media.