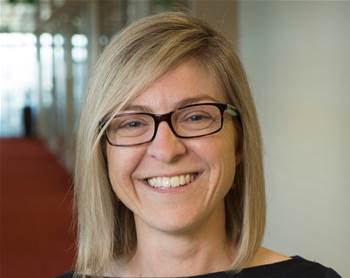 Long-time AustCyber CEO Michelle Price is leaving her role to join EY as a partner in its Oceania cyber security, privacy and trusted technology practice.

Price will begin her new role at EY on May 2. She has served as AustCyber’s CEO since 2018.

EY Oceania cyber security leader Richard Bergman said in a statement thart Price "has a distinguished career as an instrumental figure responsible for the growth of Australia’s cyber security entrepreneurial talent, and assuring a diverse pipeline of people and technology capabilities for the industry and wider economy.”

Price, meanwhile, described EY as “a perfect cultural fit with its transformational approach to tackling cyber security challenges with clients, and a global network of leading practitioners and resources to continue my passion for the cyber security sector and protecting Australia.”

AustCyber said in its own statement that Price joined the organisation at inception in January 2017, when it was named Australia’s Cyber Security Industry Growth Centre.

“From humble beginnings with only a handful of the companies in the network, AustCyber has helped build an Australian industry that now has over 600 companies with more than 350 of these born locally and a strong pipeline of startups growing into scaleups,” AustCyber said.

Chair Doug Elix said "it is with mixed emotions we received this news."

"Michelle has done exactly what the Australian government’s industry growth centre initiative was designed to do," Elix said.

"She led AustCyber to help build a national network of globally competitive companies, to boost Australian employment and provide sovereign capability in the critical area of cyber security.”

“Michelle has been an outstanding leader and has earned wide respect in Australian industry, government and research community, and is internationally recognised for her expertise and leadership within the cyber security sector”, he said.

Price said: “I am most proud that AustCyber has shaped what the economics of cyber security looks like for Australia,” she added.

CEO of Stone & Chalk Michael Bromley will assume the role of CEO at AustCyber.