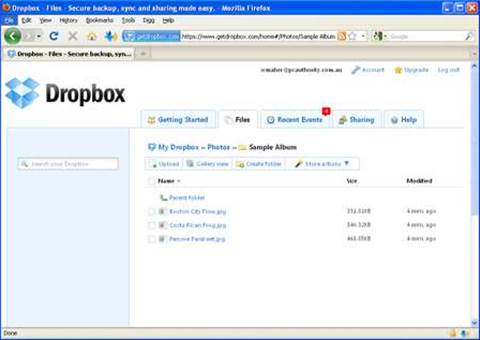 Online data storage service Dropbox is hoping to enjoy the kind of viral success Microsoft enjoyed with Hotmail and Google with Gmail, by offering an additional 768MB storage to users that grant the application unfettered access to Facebook and Twitter.

Dropbox syncs files and folders across a number of computers, which can also be shared with other people.

The free 2GB storage account can be increased by 8GB by referring the service to new people. Users can also opt to pay for higher storage limits.

Dropbox's new offer will provide an additional 768MB when users complete six tasks including granting the Facebook and Twitter applications access to Dropbox, and subsequently promoting the service via social media.