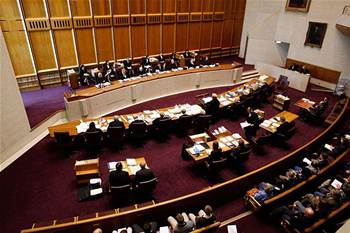 The long tail of 2012 resignation ends.

Facilities giant Spotless will be forced to pay its former CIO Anthony Stevens more than $477,000 after losing its final bid to overturn the payout in the country’s highest court.

Stevens left the company in October 2012 following a restructure of executive ranks by new management.

After being offered a senior role leading Spotless’ new airports branch - partly in exchange for staying on to fix the company’s then-ailing SAP implementation - Stevens quit, claiming the airports role wasn’t “meaty” enough for him.

When the case went to trial in late 2014, Stevens told the Victorian Supreme Court that then-CEO Bruce Dixon had agreed with him in a face-to-face meeting that he would gets his full entitlements. Later he was handed a draft calculation of his departure entitlements that included both sums of cash.

He was paid the first $477,400 - minus tax - by accident by the Spotless payroll team just before he worked his last day.

But a dispute kicked off when Spotless'senior executives informed him that HR had reviewed his contract and decided he wasn’t actually entitled to the anticipated bonus.

The spat culminated in a trial before the Victorian Supreme Court in November 2014, which Stevens lost.

Trial judge Justice John Digby denied there was any evidence that the Spotless execs had communicated to Stevens that he would get the second allotment of $477,400 as a bonus. He said the former CIO would have to make do with sum already paid.

But Stevens successfully appealed the ruling in late 2016, and has since run the gauntlet of more appeals by Spotless, the latest of which was rejected by the High Court last week.

It knocked back the company’s request to appeal the sum of the matter, disputing the amount of interest Spotless needs to pay and the level to which it needs to cover its former CIO’s expenses.

Justices Bell and Nettle ruled the appeal “does not raise any question of general importance”.

Stevens is currently employed as the chief digital officer at KPMG.