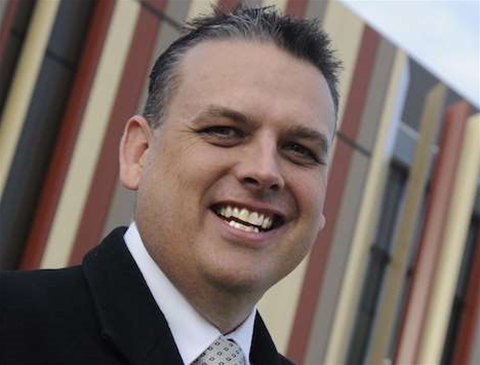 Former CIO and CTO Marc Bailey will move on from Australian non-profit Intersect by the end of the year after six years with the eResearch heavyweight.

Intersect is made up of NSW’s major universities, acting as a coordinating body to pool the universities’ computing resources and interfacing with facilities like the National Computational Infrastructure (NCI) in Canberra.

Bailey initially joined the organisation in 2014 as its chief operating officer after a five-year stint as CIO at Macquarie University where he oversaw a number of major projects, including the introduction of the uni’s first central customer relationship management system.

Since Bailey joined Intersect, the IT services provider has expanded its membership and operations into four states, trained over 10,000 researchers in data collection and analysis software, served over 200 million hours of supercomputing and created over 15 Petabytes in research storage.

Bailey said that his departure from Intersect coincided with his sense that he had achieved what he set out to do when joining the company.

“In 2014 we set out on what I imagined would be a three year mission for scientists and researchers,” he said.

“Before I blinked almost six had flown by. Our company is in an excellent financial and strategic position so the time is right for me to pass the baton with confidence.”

NSW chair of the Council of Australasian University Directors of Information Technology (CAUDIT) and Western Sydney University chief information and digital officer, said that although the council will miss Bailey’s leadership, it will continue its work with Intersect.

“Intersect is a unique and vital piece of the Australian research landscape,” Holling said in a statement.

“Members like Western depend on it for essential eResearch services through non-traditional delivery vectors. Marc understands the value of mutually beneficial negotiations, has seized every opportunity to increase yield, and set a very high bar for customer service.

“Our commitment to Intersect will endure, though we will miss his innovative approach.”

“Governmental and NGO relationships have expanded or strengthened with sixteen Government entities, AARNet, NCI, the AAF, ARDC and CAUDIT. Our strong and growing University Member base may rest assured that commitment to and momentum of broadening and deepening of these relationships will continue even as we bid a fond farewell to Marc,” he added.

Bailey will officially leave Intersect by the end of the year, however, he will be retained in an advisory capacity to the chair. He declined to comment on his activities for the next year, other than saying he would take some personal time in the interim.

Intersect will begin its search for a permanent replacement in the new year.